Hey, so I’ve seen this challenge floating around, and I thought I would give it a go. I have watched my fair share of tv shows, so I thought I would do a recommendation of one from each letter of the alphabet. I may struggle on some letters , but it’s called a challenge for a reason. Now 26 posts is a long series, and I still want to feel free with what I blog about, so I’ll aim for posting these just twice a week. For now they’ll show up on Tuesdays and Fridays until I finish the challenge. I’ll name my show, and then talk about what I like about it, and look into the main characters a bit more. I may also occasionally mention another show that starts with that letter because I watch a lot of shows. Okay, here we go.

So, I’ve watched this series many times. I love it. I’ve been trying to work out how to coherently talk about how awesome it is and I can’t, really. Rory and I are both huge fans, and we discussed what we liked about the show. We literally talked for an hour.

For those who don’t know about the show, it’s set in a world where certain people can control elements. Water, Earth, Fire, Air. They’re divided into four nations and long ago, they lived together in harmony. Then, everything changed when the fire nation attacked. Only one person, the ‘Avatar’ is able to control all four elements, and is therefore destined to stop the fire nation , and Firelord Ozai, from taking over (Also I just found out Mark Hamill voiced Ozai, which is amazing!!). Pretty standard good vs evil and chosen one stuff. But this show is so much fun. The music is also amazing.

It can be silly, but it also deals with very serious issues of war, loss and grief…I definitely recommend you watch this show. I blew through the series pretty fast.

There are so many good characters in this show. All the main characters are between 12-16 years. I love pretty much all the characters, both good and ‘bad’. There are three seasons, or ‘books’ as they’re called in the show. Each book follows Aang and co. as he learns to master each of the elements, first Water, then Earth, and finally Fire. I don’t feel like I’m giving the show enough justice, so I’ll just keep repeating that it’s a damn good show.

The show is also pretty quotable. He’s the main character. He’s 12 years old. Although, he was frozen for 100 years, so I guess he’s technically 112. Anyway, he’s the youngest avatar ever, and he’s pretty powerful. He’s mastered airbending, and the series follows him as he tries to master the other three. He’s a goofy child, but he’s also very powerful. He can go into ‘Avatar State’ when provoked enough, and goes all glowy and scary. He’s voiced by Zach Tyler Eisen

The heart of the group. 14 years old, I think. She is sometimes prone to speeches about hope and believing in friends. She is such a strong character, and has so much empathy and passion. She is also an incredibly strong water bender, and is basically a master by the end of the series. Katara is voiced by Mae Whitman. 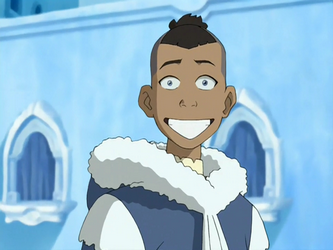 Katara’s brother, the only non bender in the gang, and always sarcastic. He’s 16. He’s handy with his boomerang (and later his sword), as well as with a quippy reply. He is universally loved. He’s voiced by Jack De Sena.

Toph doesn’t come in till the second series, but she is vital to the team. She is 12, like Aang. She is an amazing earthbender, and even is the first to bend metal. She is constantly sarcastic, like Sokkia. She is also blind, of which she will make many jokes about it as sometimes the team seems to forget that. She’s voiced by Jessie Flower.

Prince of the Fire Nation. He’s 16, and is filled with so much angst. He is so overdramatic, which leads to hilarity (and also mistakes). He was banished by the fire nation (and burned by his father) and wants to capture the Avatar so he can return. That’s how his character starts anyway..he grows a lot. He is also a pretty decent firebender. Zuko is voiced by Dante Basco. 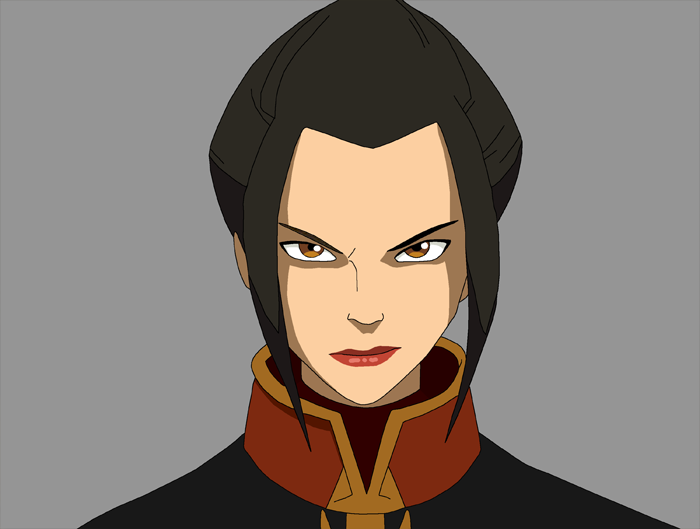 So yeah, I hope I’ve piqued your interest to look more into this show if you haven’t watched it before. If you have watched it, then yay! This show is amazing and I love rewatching it.

My runner up choice for A is Arrow. Another good show, but not quite as good as Avatar XD That’s it for A.

Angela Hi! I'm Angela. I'm 28, based down in New Zealand, and happily married to a wonderful guy. We have a beautiful little one year old girl whom I often talk about. Welcome to my blog where I blog a little about anything and everything.
Published April 18, 2017April 18, 2017

20 thoughts on “Avatar: The Last Airbender”