Welcome back to the A-Z Challenge! We’re up to K now, and also, this is my first reality show I’ve put on this list!

K is for Kitchen Nightmares (specifically the US Edition)

So my set up for this post is going to be a little different from previous ones, as it’s a reality show rather than a standard television show.

I got completely addicted to this show for a few months. I don’t normally watch reality shows, but seeing everything that went down, how some of the kitchens were run, the state they were in…it was basically a train wreck I couldn’t stop watching. I view Gordon Ramsay as a Simon Cowell equivalent, and it was fun to watch him maneuver around (and occasionally tear apart) these restaurants, owners and workers.

I’ve always been a fan of Gordon Ramsay insults or ‘zingers’ as I like to call them. They always make me chuckle. It’s what he’s known for, and people on Twitter (I recently found out) go out of their way to tweet him in the hopes he’ll give them one. 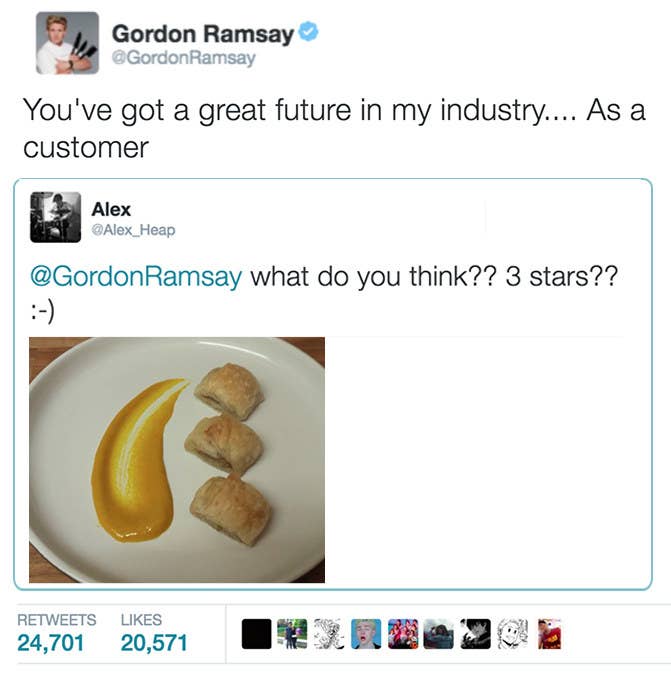 Anyway, he especially likes to mess around the names of the food, and compare it to shit or crap. But I always love that he often smiles at his own joke. What a dork.

And of course, it’s fun to just see him lose it.

After going down the Kitchen Nightmares rabbit hole, I dug more into Gordon Ramsay, and he is the sweetest when it comes to kids or amateur chefs. I saw in an interview that he only tears apart people on shows like Kitchen Nightmares, or Hell’s Kitchen because they are chefs and should know better. Otherwise he is very kind, patient and does his best to help. The more you know!

So anyway, what I learnt from Kitchen Nightmares (US) is that they seem to go out of their way to find the craziest or most disgusting places, but hey, it makes good tv right? I also learnt that it makes me go on endless YouTube clip hunting about Gordon Ramsay.

Anyway, that’s all for K! L will be coming up on Friday, and I’ll be getting back into my regular setup for this challenge 🙂