We’ve made it to P. The A-Z Challenge continues.

P is for Parks and Recreation!! Did anyone call that I would do this for P? Because you should have! 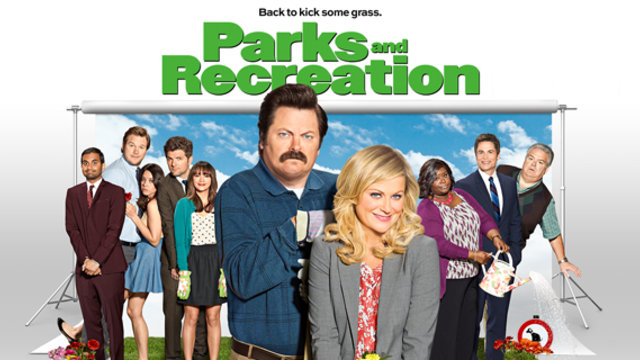 Parks and Recreation is an amazing show. It’s shot in mockumentary style, where the characters are aware of the cameras, and often have little talking head moments. I personally am not a fan of the first season, the second was good, but it’s not till the third season where the show really hits its stride and doesn’t let up on the comedy. It’s one of my favourite comedies ever, and I still watch it constantly. 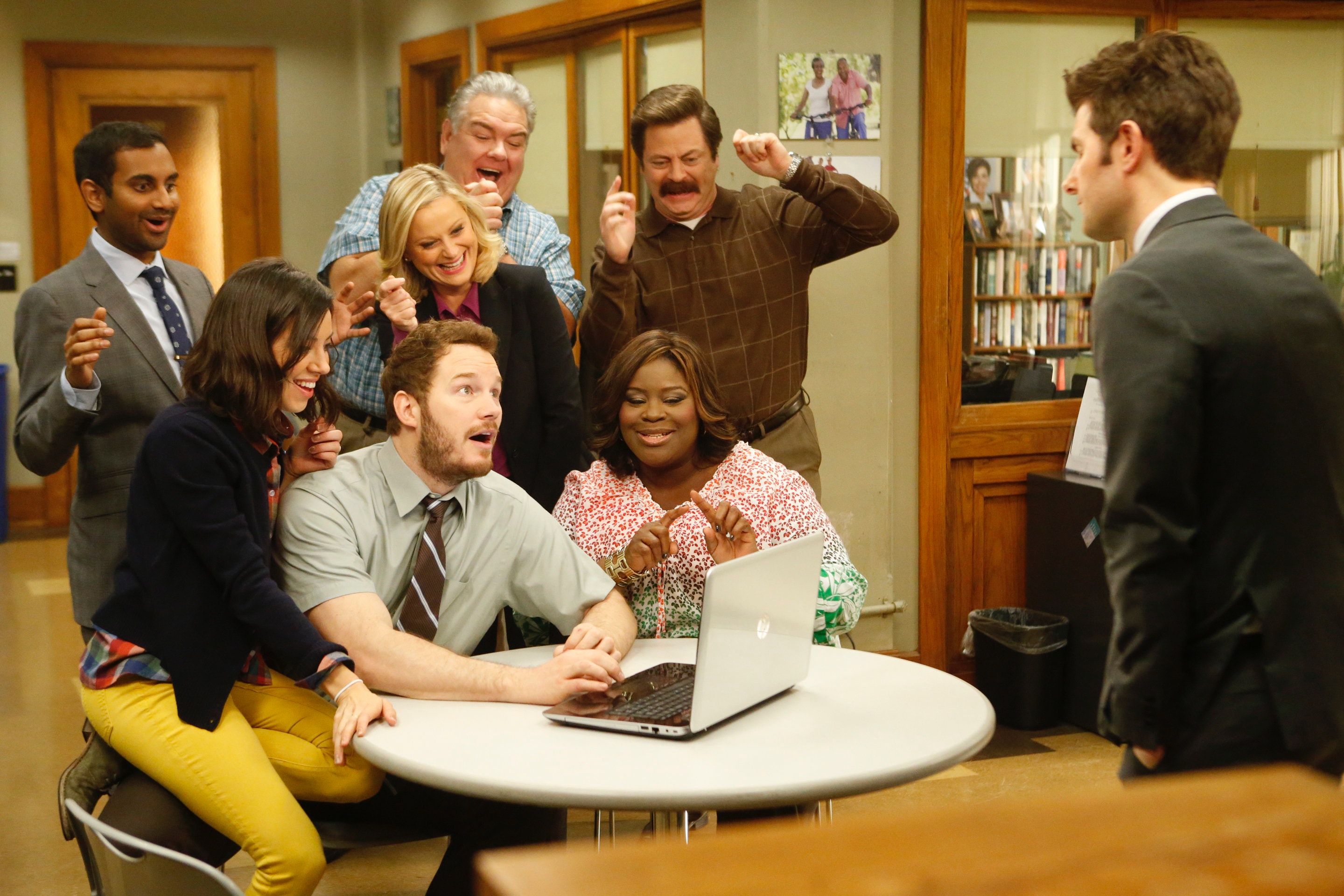 Here’s the premise. Leslie Knope works in the Parks and Recreation department of the local government in the town of Pawnee, Indiana. She is an optimist, and determined to make the town amazing. She learns of a vacant lot behind the house of nurse Ann (who becomes her best friend), and decides to turn it into a dream park. However, her optimism and ideals aren’t shared with the rest of her department, her boss, the other government departments, the town…you get the idea. The show is both serious at times, but mostly just absurd in the best possible way.

Now if you’ll excuse me, I have to listen (and dance) to the opening theme again.

Just listening to this again makes me so happy! I’m gonna be honest, I actually stopped writing this to watch a few episodes. I’m a sucker for the Ben/Leslie ones, because I love them so much. Andy and April are another great couple, but I got so much more invested with Ben and Leslie (Spoiler alert! I cried when he proposed).

Anyway! Out of context quotes time!

There are a lot of characters in this show. A looot. Especially the never ending side characters. So, as usual, I will stick with the main ones.

Leslie is what all government officials should be. She is optimistic, loves her hometown, believes in it’s greatness, and has endless ambition and energy. Her goal is to be President of the United States one day. Because of this she can also be a little intense sometimes, but she learns from her mistakes, and is the most loyal person ever. To her fellow Parks and Rec employees, her friends, and of course Ben, who she eventually falls in love with and marries. Also, she loves waffles.

Ann is a nurse, she is one of the few characters not directly involved in politics. She is often the ‘straight’ character, meaning she’s the one pulling back her friends (mostly Leslie) from getting too caught up or crazy on their plots and schemes. She has pulled a few of her own though. She is always there for Leslie, and also becomes romantically involved with Chris.

Ron hates all government. The only reason he is in it, is to try kill it from the inside. As the head of the Parks and Rec department, he often butts heads with Leslie, providing roadblocks to all her ideas and plans. But he is very loyal to his crew, he is a close friend of Leslie, and they have a mutual friendship, as well as a love of breakfast foods. He is also a skilled carpenter, and has two crazy ex-wives (both named Tammy).

Tom is an entrepreneur, or at least he considers himself one. He’s only in the Parks and Rec department to make connections. He has many big ideas, and while many are flops, a few over time are quite successful. While he is often just looking out for himself, he will sometimes use his charisma to help out his team.

April is the youngest of the Parks and Rec team. She starts off the season as a college intern, and she clearly doesn’t want to be there. She is often cynical, sullen, sarcastic and apathetic. As time goes on (and with guidance from Ron and Leslie) she starts doing more, and figures out what she wants to do. She also gets romantically involved with Andy, and their relationship is pretty rock solid. They get married within weeks of being together. Sure, they argue about dumb stuff, but they always have each other’s backs.

Andy starts off as the dumb boyfriend of Ann. But, they develop his character, and while he is still dumb, it’s more of the loveable goof dumb. He does sometimes have glimpses of genius though. Andy is optimistic, positive, and can bounce back from most things. He dreams of being a rock star/FBI agent, loves to write songs, and of course, loves April. He has a whole host of jobs over the season, and is loyal to Leslie who often gets him jobs.

Ben is a government official who is trying to redeem himself from that one time he was voted mayor as 18, and built a huge sports rink made out of Ice called “Ice Town”. He is somewhat awkward, often says the wrong thing, gets spooked easily, and is terrible at pranks. He is damn good at his job though, he’s learnt from his mistakes. He also is often clueless when it comes to Pawnee and all it’s weird quirks. He is also a huge geek (which I say lovingly). He eventually falls in love with Leslie, and the two become my favourite couple ever.

Chris is very positive (possibly more than Leslie), and very very health conscious. He plans to live until he’s 150. He relies on herbal and organic everything, runs constantly, works out and sometimes seems on the verge of breaking down a lot. He likes to call everyone by their full name and say “Literally”. He’s an amazing government official, sticks to the code, and is essentially everyone’s boss. Eventually, he starts a relationship with Ann.

Donna is a mystery a lot of the time. She is very confident, fashionable, knows all the goings on, and is best friends with Tom. The two often go out on adventures to the spa and mall, and coined the term “Treat Yo Self”. She also loves live tweeting.

They never get his name right. Jerry tends to mess up a lot. He’s been in that department for ever, and everyone tends to pick on him. He is the nicest human being on the planet though, with a gorgeous family and I love what they do with his character in the final episode. It’s so fitting 😀

Plus, they have so many amazing funny people packed into one show, that they have the most amazing bloopers.

Okay, so yeah I could go on about this show forever. It’s one of the best shows I watched, and if you haven’t seen it, you need to! Especially if you’re a fan of similar shows like The Office 😀

That’s it for P. Q will be next Tuesday and boy am I stuck.

Angela Hi! I'm Angela. I'm 28, based down in New Zealand, and happily married to a wonderful guy. We have a beautiful little one year old girl whom I often talk about. Welcome to my blog where I blog a little about anything and everything.
Published June 9, 2017June 8, 2017

8 thoughts on “Parks and Recreation”