Ready for another wedding related TBT? Today’s post is about how we picked the venue (and catering)

This is one of the earliest aspects of the wedding we landed on after the date, pretty much. But it is something that both Rory and I spent ages talking about and deciding what would be best for us, which was really fun in the whole planning process.

A few weeks after being engaged, I started looking at venues around Wellington. There were a lot of incredibly gorgeous places, some along the waterfront, some were a lot more private atop hills, but they’re all also crazy expensive. We knew we wanted a small wedding, so we wanted somewhere that could accommodate that, as most places wanted at least 50 people, and we were looking at a guest list of 30 (crept up to 40 in the end).

So, after looking at quite a few places online and weighing pros and cons, there were three places we wanted to look at.

You guys get the idea of what I was looking for? I like villas. So I emailed all three places and over a few weekends, we visited all three.

We met with the manager Lyn, who was very nice and chatty, she was busy cooking at the same time, but told us to feel free to have a look around the house. Her grandson ended up tailing us around as well which was hilarious, he was very curious about why we were there and interested about the wedding. The house was nice, there was a balcony at the back which led to the upstairs room. They had a bar room and separate dining room, and they also ran a motel on site. Good for family coming out of town, and also lots of carpark spaces on the property. The smallest they catered for was 30, which fit us perfectly. We really liked the place and promised to keep in touch via email if we had questions.

This place was in the middle of town. It had very limited parking, and also had a specific ‘vintage’ look. I liked how it looked in pictures, and in person, it’s beautiful, but it’s not us. I could tell Rory immediately didn’t like it (lots of pinks, reds and green). So we politely decided that this wasn’t our thing and moved on.

This place was just gorgeous. It’s surrounded by  lots of greenery, and has this barn area as well. It overlooks part of Wellington and the harbour, there was so much photo spots that I kept finding in my head. There was again a balcony. The inside of the place wasn’t too bad, it’s normally a cafe, its modern and pretty. But the outside it was pulled me to the place. Rory and I talked a loooot about the place, it was just stunning.

So now we had two places we really liked. Gear Homestead and Alfred Coles House. It got to a point where we just literally couldn’t decide. We decided to do a good old fashioned pro and con list. In the end Alfred Coles House came out on top. Why? Well, the main positive of Gear Homestead was the outside area, and even though we were getting married in summer (the tail end of it), we knew the risk of weather. Wellington can get pretty windy and rainy, even in the summer months. We liked the inside area of Alfred Coles more, it also had a motel attached for guests out of town. They included catering, it was in an area that was within a short driving distance from most of us. We enjoyed talking with the manager. It became obvious which was the winner. So another weekend, we brought our families down to have a look at it, and everyone loved it. So it was settled. We booked the date in and that was that. 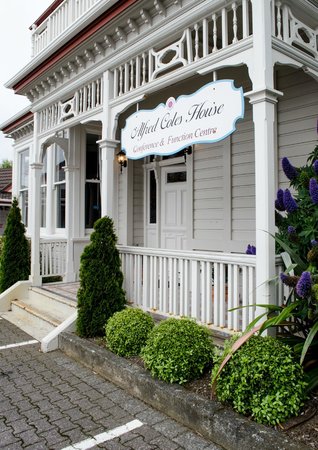 We’re so happy we went with Alfred Coles. Lyn was so nice throughout the whole planning process, I occasionally would send super long emails with  thousands of questions, and she patiently answered every single one. The price to rent the house, and the catering/drinks were all reasonable, it didn’t break us (it wasn’t super cheap either, but we got a really good deal), and also it included a free night for me and Rory! So after being exhausted from  the whole day, we literally walked a few feet into our nice little motel room and just crashed.

So how we decided to go with the venue, is to have the ceremony upstairs, in front of the fireplace. The original plan for the aisle was to come up through the stairs and balcony, but it was raining on the day, so we went through the inside staircase. Downstairs, we had the reception. This all took ages to decide on by the way. On top of trying to think of decorations, etc. 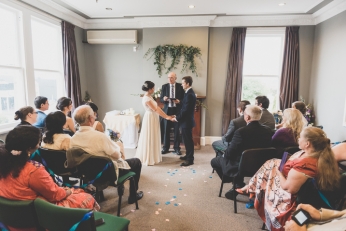 Let’s sidetrack into the catering. Everyone, I mean everyone loved the food. I talked about our desserts, but the rest of the food was insanely good. We don’t have as much photos of it, but I’ll tell you the menu.

So why did I share all that? Well other than it was all amazing (I did have a fair bit of the food), this only cost $70 per person. They had a fairly big menu, where you choose two or three items for each category. That’s why we decided to get a little bit of desserts anyway, even though we also had the cakes and cupcakes from Sweet Bakery and Cakery.

Back to the venue itself. As for getting some nice greenery in the pictures (as I couldn’t let that go), Kent said we could go somewhere else for photos before the ceremony. Which is where we found Percy Scenic Reserve, and had our first look and portrait photos taken there. This was literally 5 minutes away from Alfred Coles so no one was rushed. 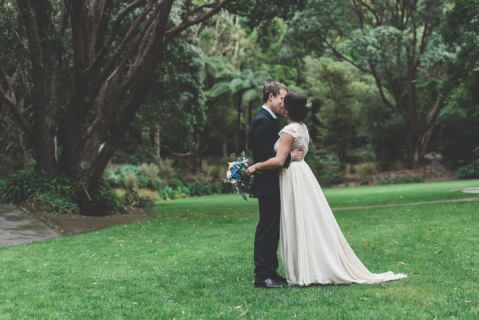 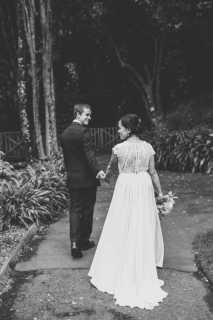 However, some of my favourite photos were taken at the venue itself. The stairs, and the balcony photos came out so magical. 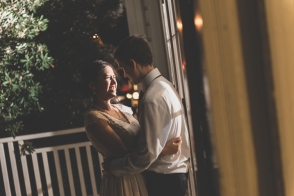 Anyway, that’s the story of how we landed on our wedding venue 🙂

Angela Hi! I'm Angela. I'm 29, based down in New Zealand, and happily married to a wonderful guy. We have a beautiful little one year old girl whom I often talk about. Welcome to my blog where I blog a little about anything and everything.
Published July 13, 2017July 13, 2017

26 thoughts on “Wedding Venue and Catering”