Look, a new baking post! This weekend, I wanted to do something new with the leftover coconut I had, and I came across this recipe. I’d never made macaroons, and the recipe looked simple enough. This makes 24 cookies.

Also, if you are looking for healthy food options, this is in no way, shape or form anything related to that.

So, let’s get started!

In a large bowl, add the flour, coconut and salt. 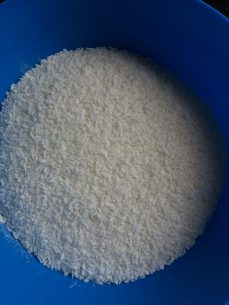 Mix together. Also, there is so much coconut. It’s insane. You could probably half the recipe actually. But too late for me! 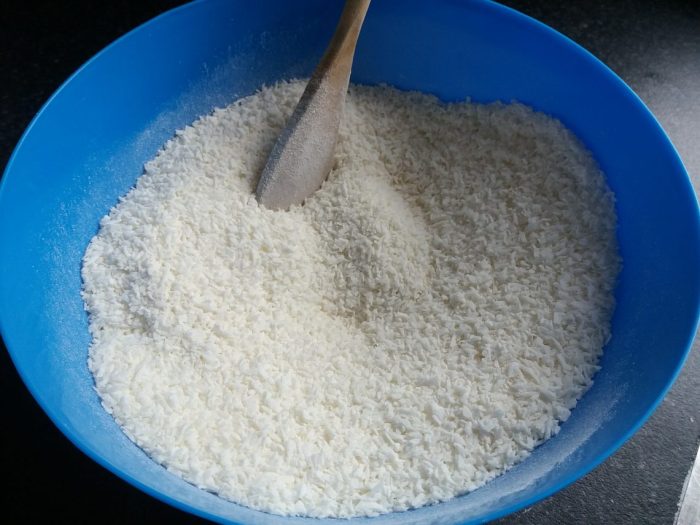 Pour in the condensed milk and vanilla essence. 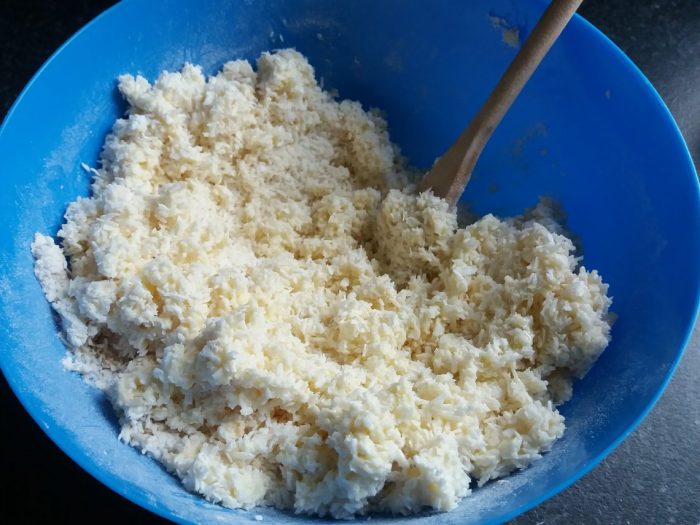 After a while though, the spoon was getting stuck. So you need to stick your hands in and get messy.

Now you have to scoop out the cookies onto the tray. It’s super sticky, so I used two spoons, to roll them into little balls and place them on the trays.

Now, you put them in the oven at 180 degrees. Bake them for 12-15 minutes or until the coconut is toasted.

Coconut goodness. I’m not kidding with how coconutty they are. If you’re not into coconuts you may not like this. If you do, then great! 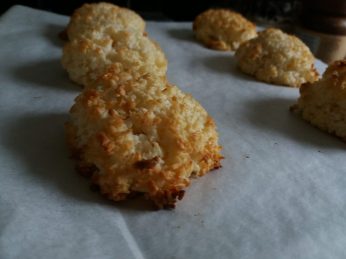 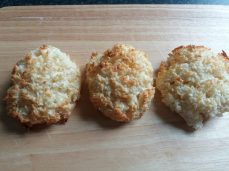 For today’s breakfast, I wanted something sweet. We went with pancakes! We added blueberries and banana and syrup. So good, and a great way to start the day!

We got ready for the day, as Rory was heading out for lunch with friends. We did the laundry. Then, we went and got groceries, first making a stop for Rory to get oil for his car. The weather was not on our side today, it was grey and rainy.

By  the time we got back it was almost lunch, so Rory headed out. I was still full from the pancakes, so I decided to come with and check out some thrift stores for Kali’s August Thrift List. I went to my usual haunts, but came up empty handed. I did find myself another patterned singlet (something else I seem to really like) though. Also the weather did a 180. Stupid weather.

Afterwards I headed off to Specsavers for an eye check up as I hadn’t been since 2014. My eyes are healthy which is good, and my current prescription still holds up. I did want a new pair of frames though. It took me so long to try decide on one, I felt bad for the sales associate who was helping me. I’m happy with the pair I landed on though, I get them in two weeks!

Once I got home it was late afternoon, and I decided to do some baking. I made Coconut Macaroons as I had leftover coconut from baking ANZAC cookies. They turned out yummy 😀 (I lost count of how many I ate). 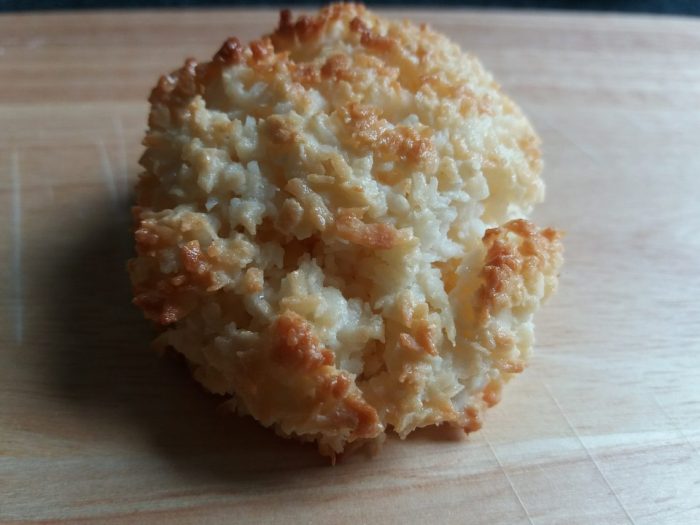 After that I just browsed on the internet. I’ve been thinking of trimming my hair a little so, I did that. On my own. Didn’t turn out too bad. I have a weird habit of cutting my hair randomly. Don’t know why. Anyway, I’m thinking of going to a salon as I want to get it a bit shorter, but I don’t trust myself to do it any shorter than I already have. 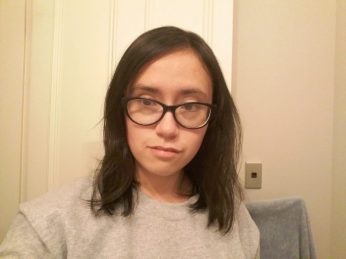 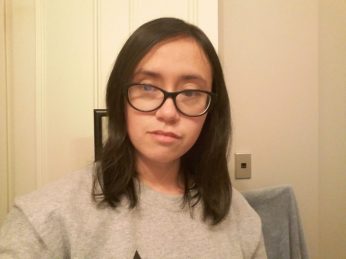 Rory came home before dinner, and we hung out for a bit. For dinner, we made Sweet and Sour Chicken which was fun! 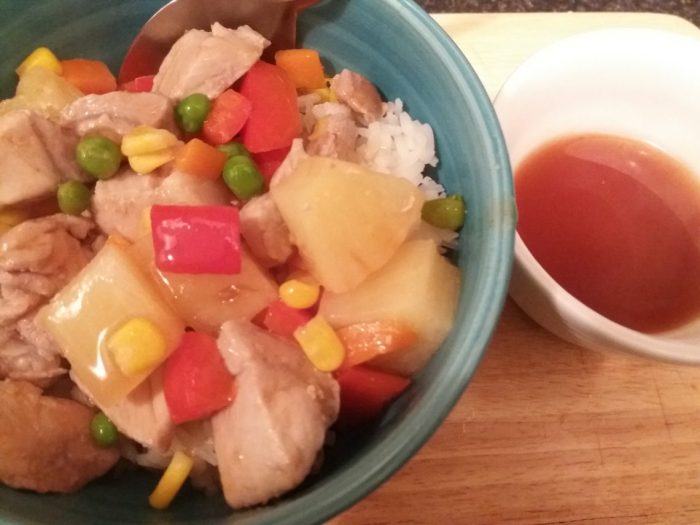 Then we started watching The Defenders on Netflix…and then we kept watching till past midnight. Woops.

We woke up late. I woke up around half past 9, and didn’t get up till half past 10. In my defence, we went to bed late, and I had a weird sleep where I felt a little sick. Nothing major, I just felt weird. I put it down to eating too many macaroons, and also realizing I didn’t drink any water all of Saturday. So yeah, I’m a 25 year old who doesn’t really take the best care of herself.

Anyway, for breakfast/lunch (at 11.30) I had scrambled eggs. After that, we did some deep cleaning of the house. Since we’re leaving our flat before the lease runs out, part of the deal is making the place look super nice while we’re showing to to potential tenants. We vacuumed, cleaned down windowsills and doors, washed the curtains…basically just paid attention to areas we otherwise ignored during our usual cleaning.

I did a little colouring too. This past week I bought the Pusheen colouring book! I saw it on Tabi’s instagram, and I knew I had to have it!

At 4.30, we headed off the The Library. Not the usual library, this one is a lounge/bar place. Wellington is currently doing a festival called “Wellington on a Plate”, where many restaurants and eateries take part, to make a classic “Kiwi” item. This is either a full lunch or dinner menu, or a burger. This one at the Library intrigued me as it was called the “Willy Wonka Chocolate Burger”. A dessert burger, it sounds amazing! 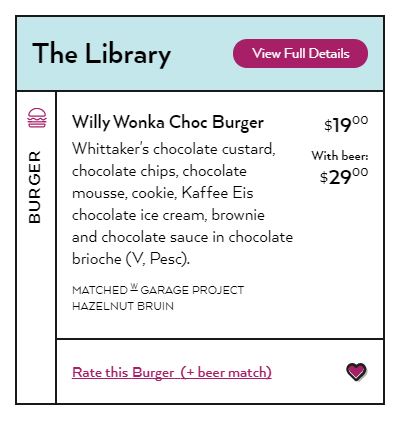 I’ve never been in the Library before, but I walked past it all the time. It’s very cute, but kinda dark. Ambience I guess. I also got a drink “Watermelon Cobbler”, which was reaallly nice. 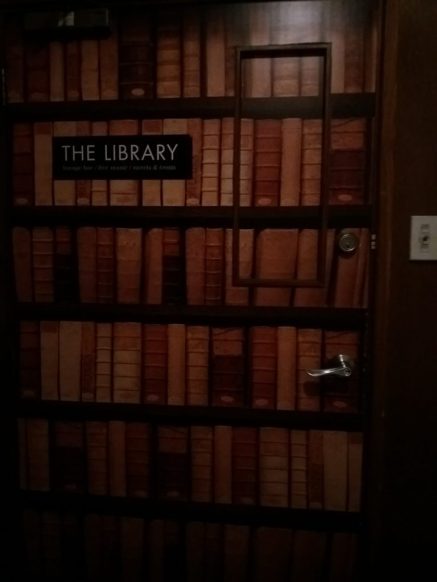 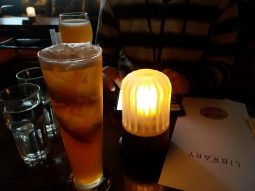 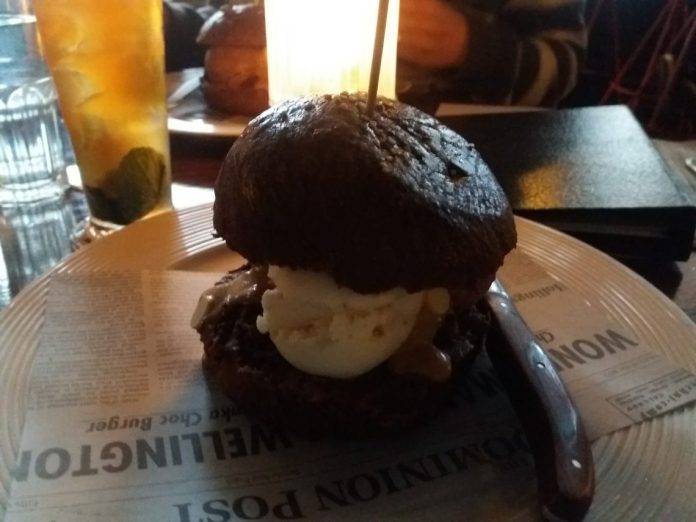 The burger was also amazing! I couldn’t take a very good photo though since there wasn’t as much light. So I’ve included a photo from their Instagram.

The two guys who sat next to us were fun to listen to. They were taking part in the Wellington on a Plate, trying numerous burgers. This was burger number three for them, and they had more planned as the evening went on. I wish them luck. Feeling full, we walked home. I stopped by to take some random photos of flowers.

Then we got home, and watched some more Defenders.

That’s all for my weekend! What did you guys get up to?