Hey friends! If you follow me regularly, then you’ll know I’m moving soon, and that I haven’t stopped talking about in forever (like with my wedding). I’ve been getting excited thinking about short term and long term design we can do with the house. So to fan the excitement, I’ve been going down a Pinterest hole. I thought it’d make for a fun blog post idea to share with you all where my brain is falling.

Also, a quick note, I changed my Pinterest to a business account (shout out to Hazel and Pearl for giving me the idea). I have no idea what I’m doing, or what analytics are, but it’s fun trying to figure it all out. Come over and say hi, if you want.

To be honest, I’m pretty happy with how it looks. It’s tidy. It might be nice to get some sort of framing going on with the pathway. Neither me or Rory are gardening people though, so we aren’t going to do any fancy gardens that Pinterest keeps trying to push on me.

The house has a little fully covered sun room area. I love it. All the cactus will live in there. Here’s some pins I liked about sunroom ideas. 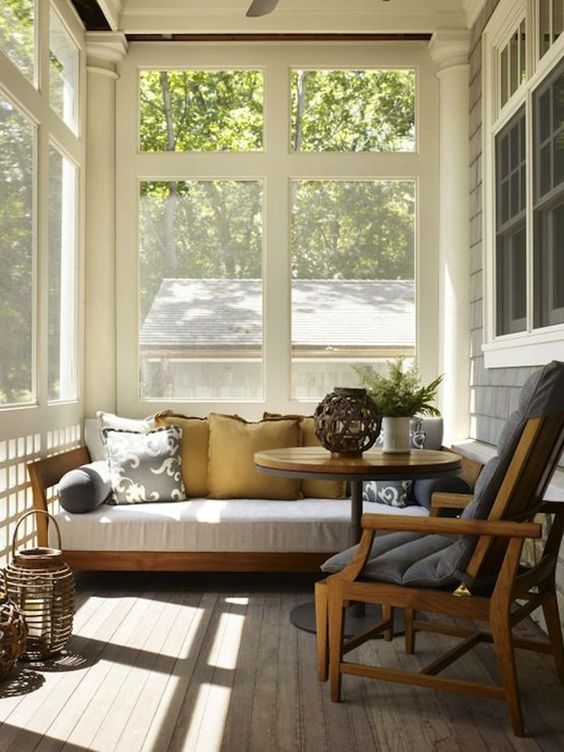 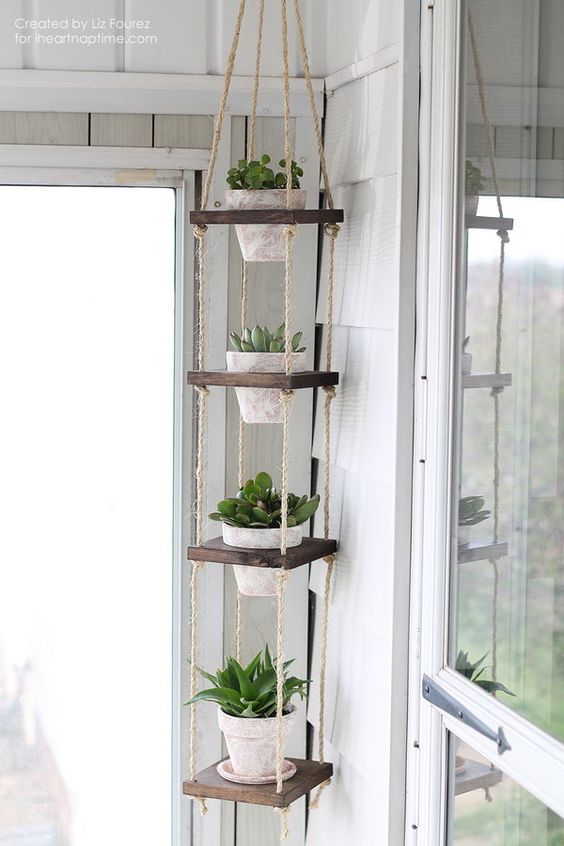 The room is white, and the floor is like a concrete thing. But if I’m ever feeling up to it, we could sand it down and repaint it a nice neutral colour. Cause placing a hardwood floor sounds way too hard. I do like the idea of a little couch on one side/corner. then a little table and another chair. It can be a hangout area for both rainy and sunny days!I also like the hanging succulent thingy.

The living room is the biggest room in the place from memory. The walls are a kind of faded cream kind of colour. The whole house is very neutral coloured which we both like. Here’s some pins I found. 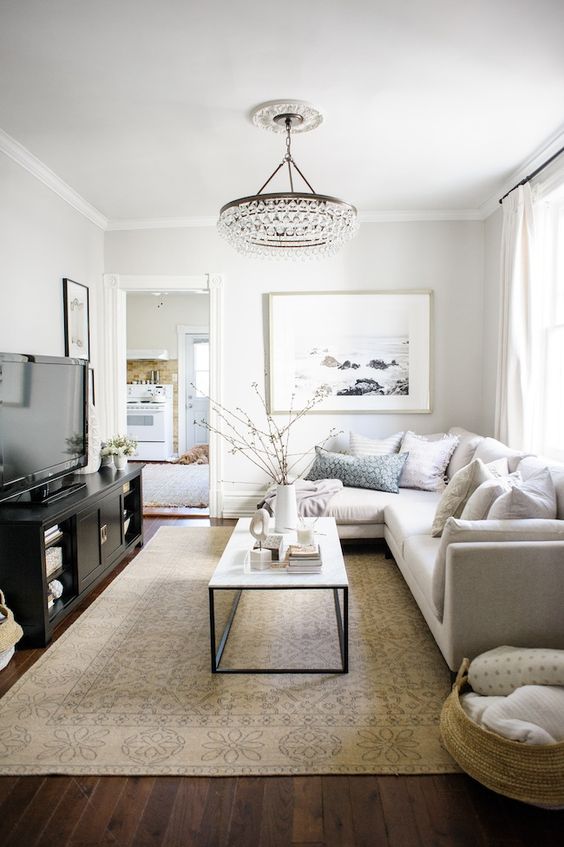 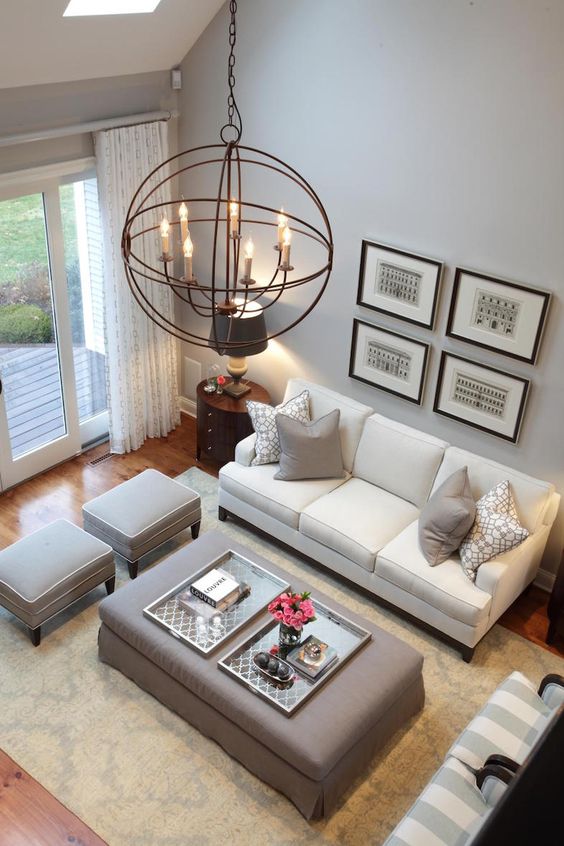 Both of these have hardwood floors, but we have carpet. I really like the idea of having a rug kind of placing everything together. Aesthetic. We own no rugs, but maybe we’ll love at some. I like the first picture one. Also, we currently own only two big red squishy chairs. They were donated to us by family, but they’re very bright. We may consider swapping them out for a couch at some point. Also, coffee table is a must. Maybe we’ll look into some big tv/entertainment centre just for more storage, and we do have gaming things.

Okay, so it’s not really a whole room. The kitchen and dining room are kinda connected. It’s a long room, with the kitchen on one half, and empty space on the other, which can be converted into a dining room. It’s on the small side, so you need to push the table up against the wall. But we’re not one for eating at the table so it’s all good! Here’s some pins for teeny dining room ideas. 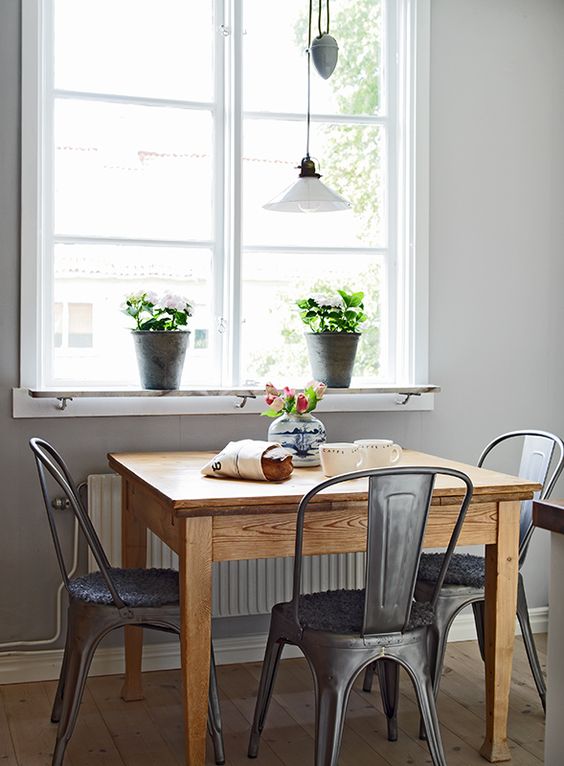 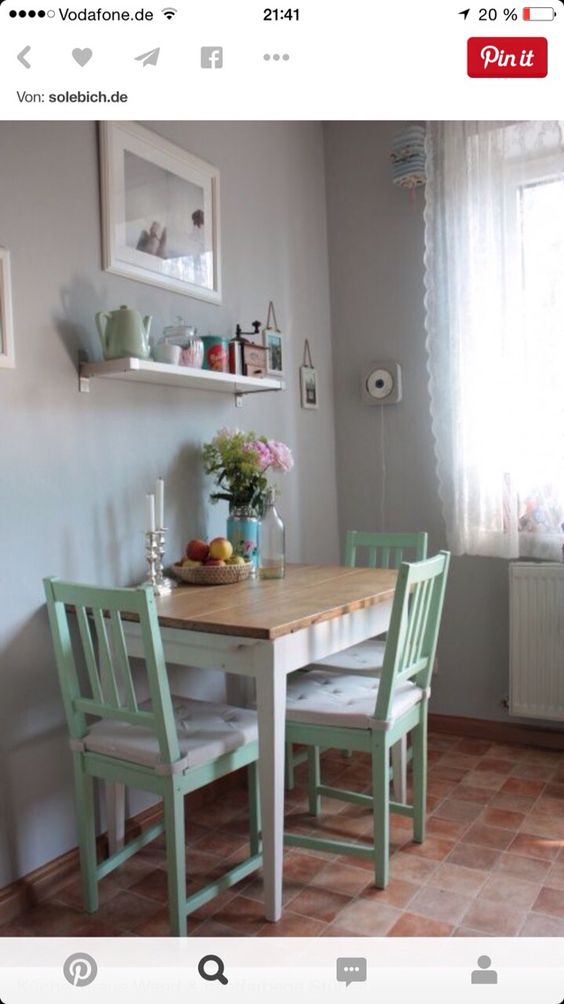 As much as I’m attracted to neutral and natural aesthetic, I do love the random pops of colour. Especially if there’s pastel involved. The floor in this room in our place is big tiles, rather than little tiles. There is a big old window where the table will sit which is awesome. I just can’t decide on chairs.

The kitchen is cute. It separates into the dining room area with a bench, and has lots of cupboards everywhere so we have space to put everything. As all kitchens should. I’m not too fussed what to do with it. One day maybe we can upgrade it, but it’s not one of the rooms I’m focusing on. I did still find some pins I like. 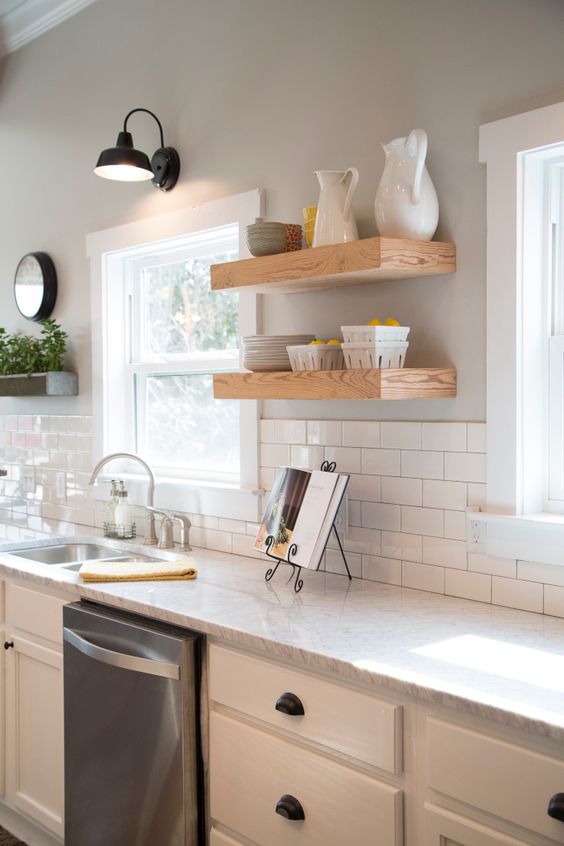 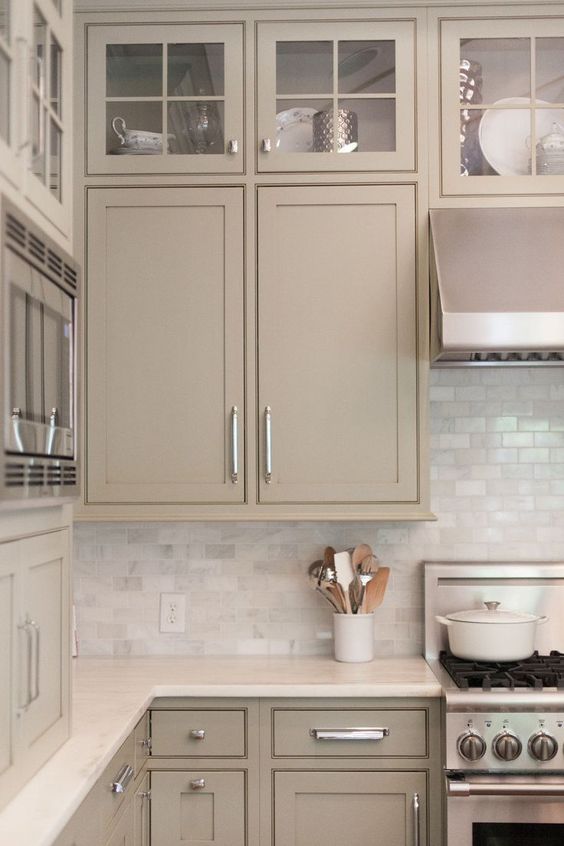 In the kitchen, the cupboards and tiles on the wall are similarly coloured, so I quite like the idea of maybe painting them a different neutral colour. So they come out a bit more. Also shelves. I like the idea of shelves everywhere.

The laundry area is combined with the bathroom. Thinking about the layout of the house, it’s the most logical place for it to be. Also, turns out there’s heaps of pinterest pins about the bathroom laundry combo. 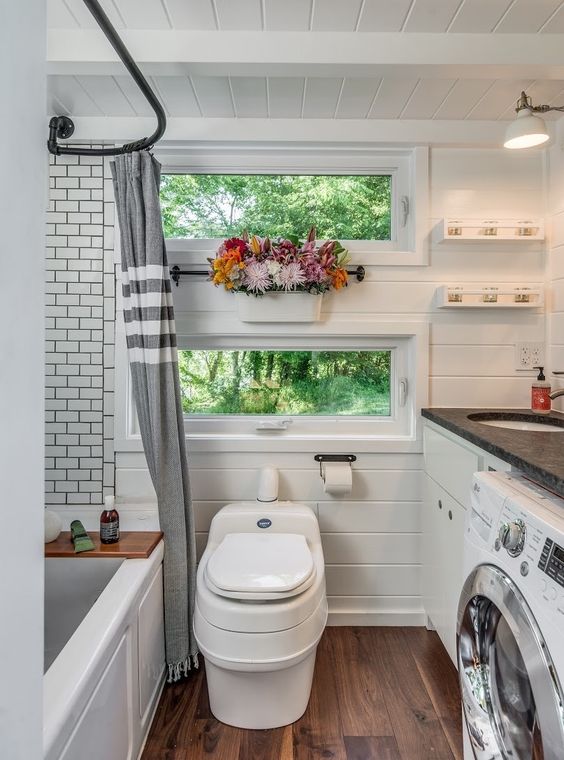 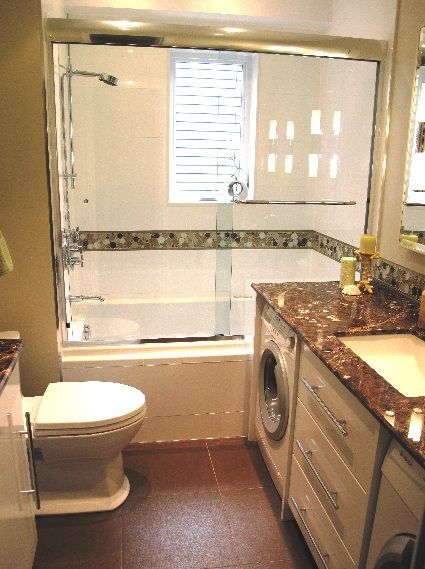 The laundry machine is currently a top loader, but I like the idea of getting a front loader, and making it a part of the general bathroom bench. But for now, that won’t work. On another note, I like that they put plants in the bathroom, I have never once done that. But it does look nice. On another unrelated note, we have a bathtub in the new place, so I can finally try a bath bomb. I haven’t lived in a place with a bathtub since 2010, and they weren’t really around then.

The main bedroom is pretty cool. It’s big, has a built in closet, and has space to pack in other things. I’m hoping to get in a dresser, as well as a little vanity area for me! Cause I’ve always wanted one, and maybe now is my chance. 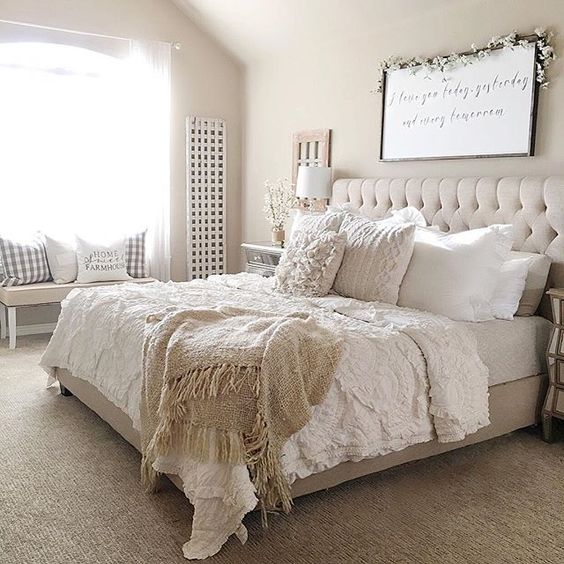 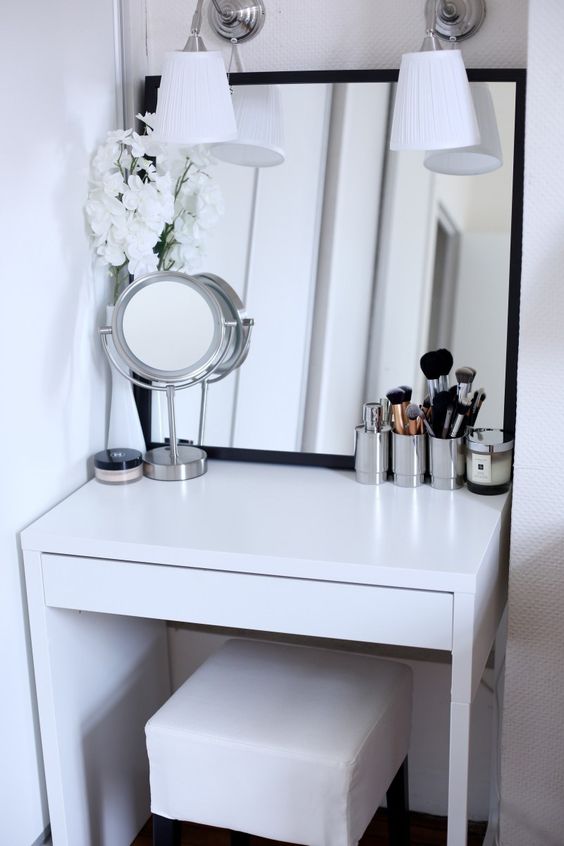 Our bed does not have one of those headboards, or so many pillows, but that first picture is a pretty good reflection of the set up we’re going for. Bed. things next to bed. Framed things on wall. Same kind of colour scheme. Also, I saw so many vanity table areas, but this one is the one that seems the most achievable to me. It’s also definitely enough space for all the makeup things I own. A mirror, tiny table, comfy chair. That’s a good start.

The second bedroom is smaller than the first, and we plan to make it into an office. That’s all we got so far as plans for it, so here comes Pinterest again. 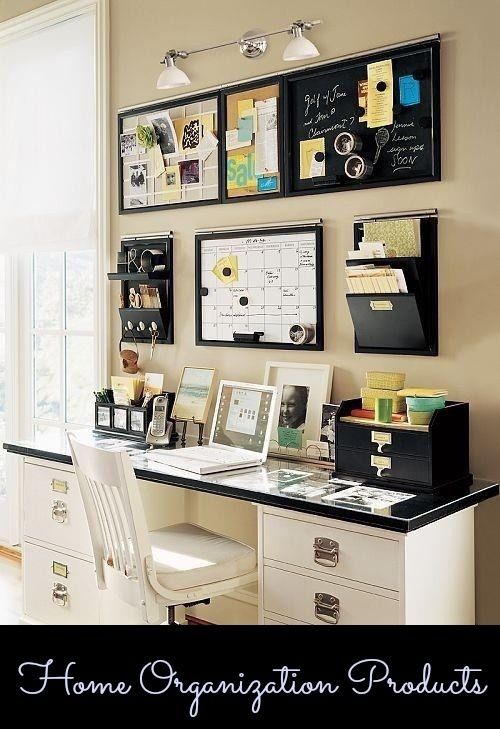 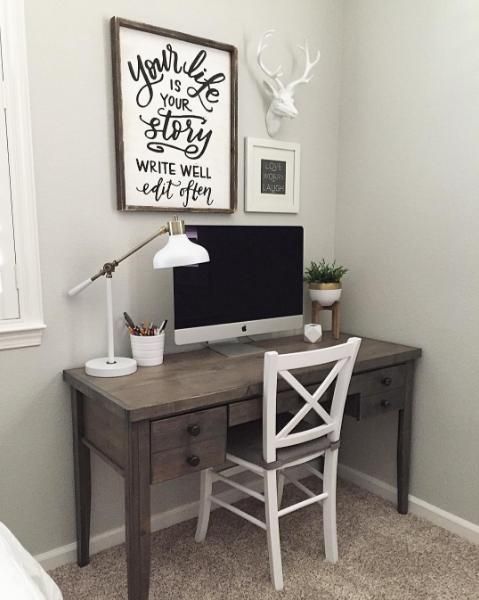 I’m torn between aesthetic and lots of organisation things. Anyway, we have a wooden corner desk at the moment which is Rory’s. I don’t have a desk, since my laptop can go anywhere. But if there’s space, we may look into getting me one so I also have space for my teacher and blogging things. We also need to store my keyboard somewhere, and that will be in office or living room depending on space. But yeah, we’ll see.

Our place comes with a little fully fenced backyard area. There’s a small concrete area, and a little paved off stony area where you could do a garden or something I guess. I don’t know, I’m not too fussed with yards. Back or front.

So yeah, that’s what I’ve been getting into in terms of Pinterest lately. They’re fun to look at, and down the line if we ever get bored of a room, we can look back at these and maybe get creative. For now, we just have to actually get in there! This has helped get me excited for moving again though!

What have you guys been pinning lately?