Hey guys, in my random internet travels, I came across this random thing on Pinterest. It was 13 “Would You Rather” Questions that are Impossible to Answer. For fun, I thought I would answer them on the blog. Rory was next to me, so he played along with me and we both answered the questions and gave our reasons. So come read our answers, and I’ll pop in some photos of us along the way just for fun.

Feel free to play along!

Here are the questions:

Angela – Year. Cause then I could set it waaaay into the future. I could live for a really long time and stuff.

Rory – Way. That way I could choose a painless way, and I’ll know how. I won’t know when, but at least I know it won’t be painful.

A – Who cares about sports?

A – This one is obvious for me.

R – I don’t have any regrets after meeting you.

A – No idea what that would be though.

A – Jet, obviously. Then we could travel anywhere.

R – You could rent it out. With an island you could make money, a jet would cost you money.

A – Light speed. I like being able to travel everywhere.

A – You can buy everything from Amazon. Electronics, clothes, books, movies…

R – You could get 10 times the amount of stuff as well.

A – Me too! I would say best friend. Although, you don’t have a favourite celebrity do you?

A – I would love to be best friends with Amy Poehler…or Emma Watson.

R – Plus I don’t have a dream car anyway

A – Me neither. I have things I’d like, but no solid dream car really.

A – Yeah, you wouldn’t have to live on a boat or get scurvy or something

R – If you’re a ninja you’re an assassin. But as a pirate, you’re probably poor.

A – Yeah..plus ninjas are cool. You could just flip around everywhere.

A – Continue. I don’t want to go through school all over again.

R – Yeah, I would rather continue

A – We’ve made all this progress. We’re heading in a good direction. Why start again?

R – I don’t want fame though. Wealth would be helpful.

A – I’d risk it though. I would rather live in Harry Potter’s world. There’s a chance I would have magic.

R – I’ll go life of fame and wealth. I’ll just keep yelling at all the reporters and pushing them away.

A – No idea. Like maybe how humanity dies? What a bummer that would be.

R – Like, if I touch an object I see it’s future or something. Or my future self is able to tell me things. Why is that question so vague? (He continued like this for a while)

R – I’ll go read minds. That one is more clearer.

That’s all for this post! Feel free to answer any of them in the comments below!

Another Pinspiration post. I just love wasting time on Pinterest. There’s so much incredible pictures out there that I can’t do. Especially selfies. That being said, I was scrolling through and saw some pictures that I could maaaaybe do.

If you follow me on Instagram you will have seen a few of these already. The ones I’m really proud of anyway. In fact , I liked one so much it’s its now my profile picture both on my blog and on Instagram!

Let’s get into it! 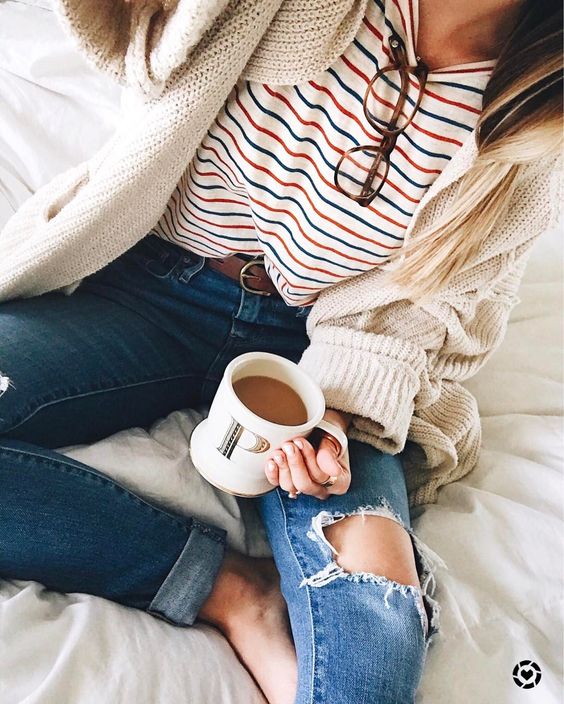 The hardest part for this was trying to find a clear spot in the house to do this. The light in our bedroom isn’t the greatest, so I went in the living room. It was complicated to try get the angle right, and not to show any of the weird things lying on the floor like wires. I really like how this one came out though.

Okay, so I’m not in Paris, and I wasn’t about to go find a landmark to lie down on the ground. It was raining. So I just lay down in my office and did it there. To be honest, I took only one take for this, and it was just so much fun to take a selfie upside down. Maybe I’ll do it more often! 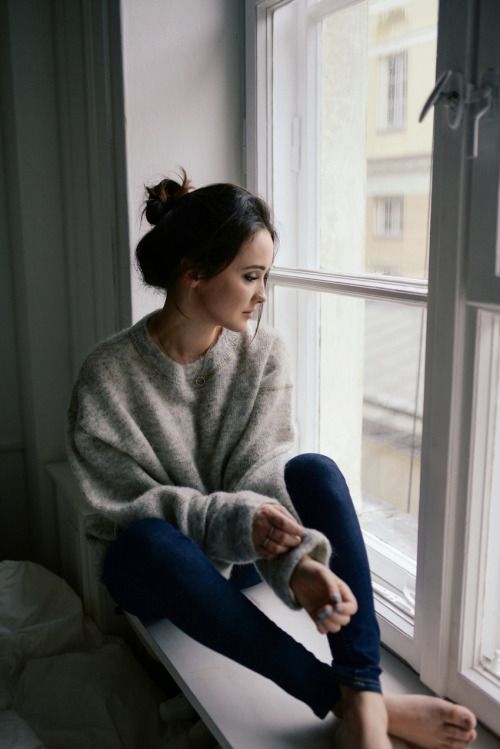 So, I thought I could do this on our window sill, but I kept falling off. So I took to the sunroom instead. I think I got a similar aesthetic going on. I did match the outfit as best I could. My only grey sweater is my Harry Potter themed one though! I wish I had her ring necklace though. I really like it. 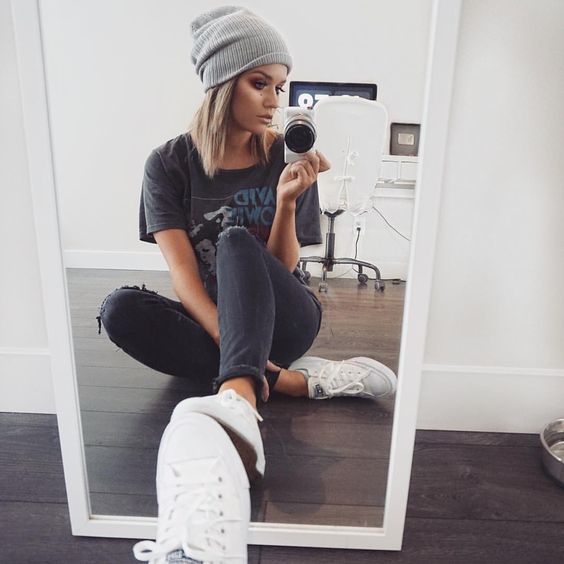 This girl has a lot more ‘edge’ than me, but hey I tried. I like that I did the shoe bit, that was my favourite part of the whole picture. Also, her makeup is intense, and I could never do that in a million years. Still, it was fun to try recreate. 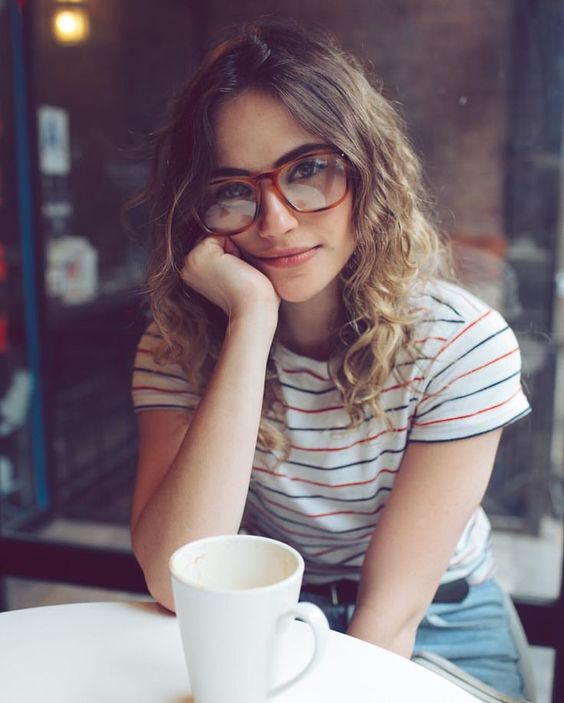 This was my most favourite one. All it required was my stripy shirt, glasses, messy hair and a mug. That mug has nothing in it by the way. Sorry to ruin the illusion! This picture just seemed really cute, that I wanted to try recreate it. I wasn’t going to go to a cafe, cause I’m not that devoted to the recreation art, I just went to our sunroom. I’m really happy with this one!

That’s all I did. These were all enough work to be honest, and took me waaay too much time to do. But I had so much fun doing it, maybe one day I’ll do it again if I find more of these photos I like!

Let me know which one you think I recreated the best, or just which one is your favourite!