Hey guys! I am a huge fan of Sarah’s Monthly Memories posts, where she shares memories from the past month. This has inspired me to do one of my own. Before you read this, be sure to check out Sarah’s post! Also, check her out in general, she’s pretty awesome 😀

Back at the beginning of this month, I went out and bought some makeup goodies that I’d been eyeing for a while. All of which I still use on a daily basis, so I’m glad I got them! 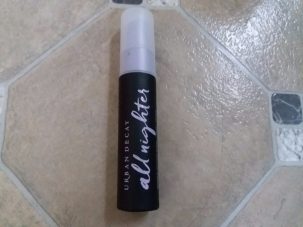 I also wrote letters and postcards for some blogging friends around the globe, and it’s insane to know that it’s now in their hands! It makes me feel so much more closer to them, even though they’re still on the other side of the world! 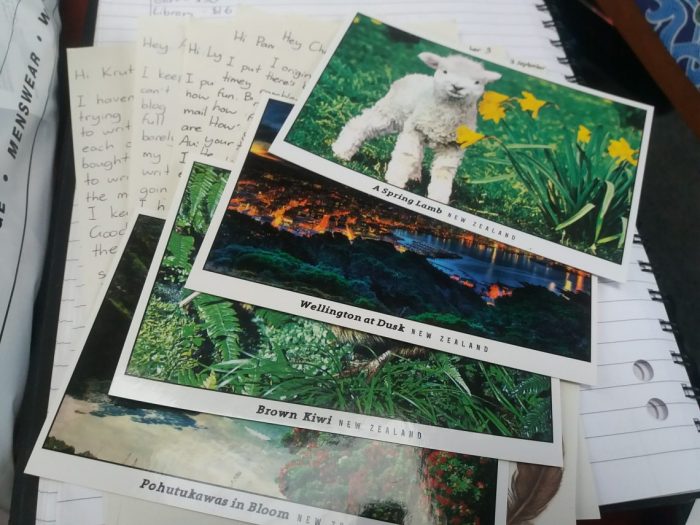 The biggest thing of course this month, is that we’ve moved! We are now in our new place and have, for the most part, got everything how we wanted. 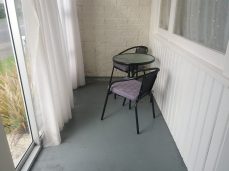 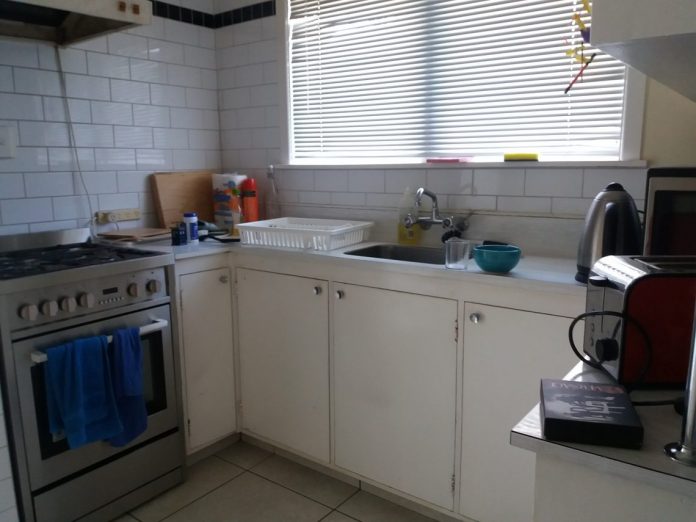 Part of moving further out from town, means adjusting to rush hour. Both going into town in the morning, and coming home at night. Considering it used to be a less than 10 minute walk..it’s an adjustment having to sit in traffic for 30-45 minutes each way. But hey, it could be a lot worse!

We hosted some family for dinner one night. The first time ever. We made roast chicken with potatoes and veges for the main, and carrot cake for dessert! We also got placemats and everything, it was nice to host for the first time! 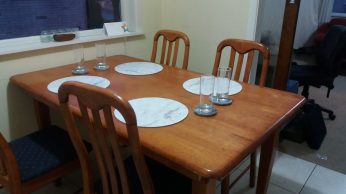 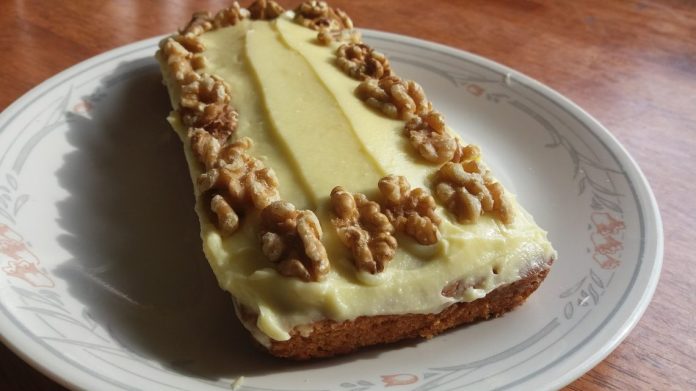 Also, I’ve just gone and bought a DSLR camera! I took out some books from the library, and I’ve been reading articles online. The quality is a lot higher than my current phone, and it’s nice to have a bit more manual control on my photos! I’m still very much an amateur, but I’m excited to keep learning more! 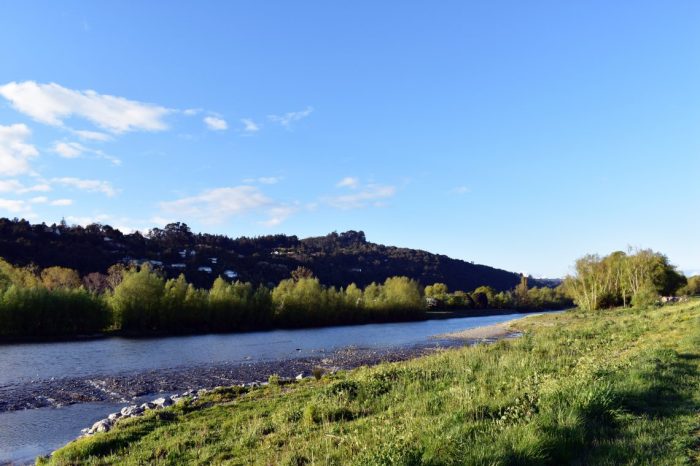 Work wise, I’ve been busy. We haven’t had any new bubs come on board, so everyone is pretty much settled. Doesn’t make it any less crazy though, we all have good  days and bad days. I’ve also been attending a workshop Thursday evenings all about schemas. It’s another lens to look through when it comes to children’s learning. It’s been very interesting, and given me lots of readings and things to reflect on. Also, next month, we’ll have a student teacher coming in, and I’m her associate teacher! It’s just very exciting for me to be given this mentoring opportunity. I’ve been teaching for 2 and a half years now, so I feel like I know what I’m doing, and it’ll be nice to be on the other side of the mentor/mentee situation.

That’s pretty much my September month all wrapped up in one post! What’s something that stood out for you this September?

We had an early visit (well 9.45) from the builder and plumber who are giving us a quote on work needed to be done in the bathroom. We were hoping it wouldn’t be too much. Depending on our budget, they said we could be looking at the whole things costing around $15-20k. So that’s great. That’s if we want everything redone though, so there’s still wiggle room and we can hopefully get it down a little.

After that wake up call, it was errand time. I’m talking laundry, then groceries.

We started on  lunch, when Rory’s dad came over and the two set off doing some work on the roof. While they did that, I cleaned up a bit, as Sarah was coming to visit our house! She arrived around 2, and we had lunch, talked, hung out, and played games. It was really nice catching up with her!

By now, the day was essentially gone, it was 6. I really wanted to play more with my new DSLR. I bought a Nikon D3400, which was recommended as a good beginner camera.

Rory and I headed down to the track by the river, and just played. I took heaps of photos, and even persuaded Rory to take a few too (so I could be in them). It was a nice Spring day for the most part. The sun was shining, even with a few clouds around. But as the sun went down, this cool breeze kicked in, causing us to retreat back home.

We were still full from snacking, so we had a light dinner. Then I was going through my photos, and playing with editing some. Afterwards, I blogged a little, before calling it a night.

We needed to head to the store, Rory needed stuff for the roof still, and I wanted a camera bag. So at around 11, we headed out. Rory and his dad headed to the hardware stores, and I wandered off to the mall. In the electronics store, I found a camera bag that I really like! It has space for two lens as well as the camera.

Then I headed off to the department store, Farmers. Also, I may have an addition to Maybelline. I’m aware I need to save, so I’ve been avoiding the makeup stores I normally go to. But lately, Maybelline has just been calling me. I got a brow kit and a highlighter, both of which were recommended to me.

We wound up back home, and had some lunch. I ended up cleaning my makeup brushes, as they needed it. I’m not sure what the correct way to do this is. But I just use some baby shampoo, a little bowl, and that’s it. I rinse the brushes first, then swirl them in the little bowl with shampoo, then rinse again. I lay them on a paper towel to dry while I clean the rest. Then I hang them all somewhere so they can drip dry. It works for me. 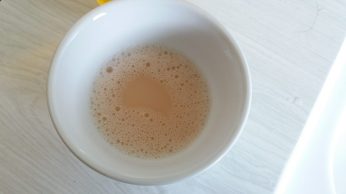 After that I did some vacumming. It took a little longer since our house is bigger than a flat.

Then, I sat down and did some budget things. Lots of adulting. I’ve got a new system now than before, since we’ve made our joint account (it was just easier for the mortgage). Basically, each week, I look at out joint account and my personal account and note down the transactions. At the end of the month, I breakdown what we spent in terms of what is necessary (bills, groceries, etc), and what is not (clothes, homewares, takeout, etc). It’s all good times. I did spend a lot this month in my personal one (camera, stationary and makeup, not clothes surprisingly!), so next month I’m determined to spend virtually nothing in all those categories! I want to save a lot. We are going on a mini holiday though, but I’ll try my best.

Finally, it was just back to blogging. Eventually, I got hungry. So I  baked cookies. ANZAC cookies. By the way guys, don’t bake while you’re really hungry. I was eating the dough as I was rolling them. I ate probably 4 cookies worth, before they were even in the oven. But they just taste so gooood.

This was follower by dinner, hanging out, and then it was the end of another weekend.

How was your weekend?