One year for Christmas, we were playing at my dad’s old school which is close to my grandparent’s house in Blenheim. Jo and I were playing on the playground. She was standing on the see-saw and balancing herself well, then she jumped off and played elsewhere. Me, being the little sister I was, decided I wanted to copy her and could do it just as well despite having zero co-ordination or balance skills. I stood on the see-saw, and tried to jump off. Instead I fell, and landed weird on my left arm. I had sprained it really bad and couldn’t lift my arm above my head for weeks.

One year for Christmas, I got rollerblades. I spent the whole day wheeling around everywhere and having so much fun. But a few days later when we were playing Badminton on the back yard and I was convinced I could jump over the net with the rollerblades on… I got tangled in the net and scraped up my hands and knees pretty bad.

One year for Christmas, I got a walkman. I spent the whole holiday season with my earbuds in, either listening to the radio, or to one of my mixtapes I had made. You know, I really wish I still had those mixtapes now. I was either eleven or twelve. I do remember one of the songs was “Dirty Little Secret” by The All-American Rejects.

One year for Christmas, we were taking our usual ferry ride across Cook Strait to the South Island, to spend the holidays with my grandparents in Blenheim. My sister and I were really into this one card game called Speed. Basically, you have to play very fast, and we get competitive. We were really loud and into it, that we didn’t notice we had accumulated a crowd who were watching us. Later that week, when we were wandering around town, we were spotted by someone who recognized us as the “girls who were really into the card game on the ferry”.

One year for Christmas, I put on The Hunger Games to watch, cause it had come out in the cinema earlier that year. Surprisingly, the whole family ended up watching it, including my brother-in-law and dad. Everyone really liked it. As dad said, “It has a lot more meat than other YA movies”. We all saw the rest of the movies in the theatres as they came out. I like to think it was all thanks to me. 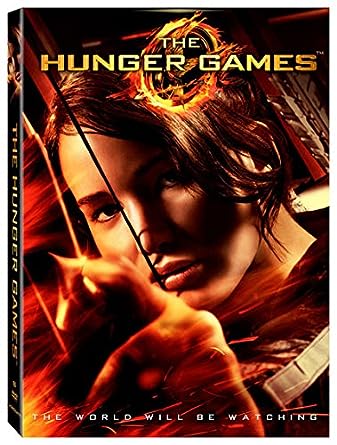 Hope you enjoyed reading some random Christmas memories! Two ended up being about stupid (but non-serious) injuries I gave myself when I was younger. There’s actually a lot more, but those ones weren’t around Christmas. I could probably make that into a separate post sometime.

Anyway, what’s a random Christmas memory you have?