Hello, me again! With another food swap, from another UK blogger, who is also coincidentally called Sara (lol). Sara blogs over at Wonderwall 360. She shares about her life in Sheffield. She also sent me a little themed package about the five senses, so I got more than snacks! I received it a few days ago in the mail, and I couldn’t wait till the weekend to try it, so the lighting for the photos isn’t the best as it’s now dark by 6pm over here.

Among the snacks was a little star necklace, and a silicone beauty blender! I’m curious about how the beauty blender will go haha! It is nice and squishy though.

Now we can get into the foods!!

First off, Sara sent me this bottle of Henderson’s Relish. It looked like Worcestershire sauce to me, but the taste was a bit different. It was a bit sweeter, but it went quite nice with our dinner. 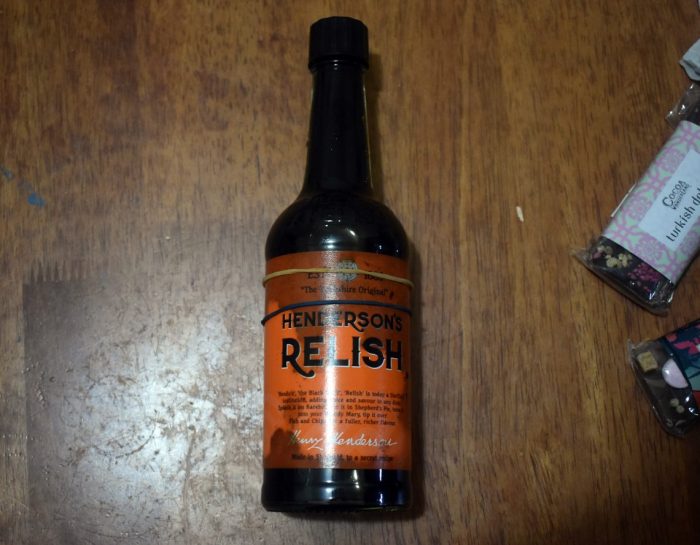 There was some savoury little cakes. I thought it was chocolate inside, but it was more of a savoury taste. Which, after all my sweets from the previous swap, this was probably good haha! They made quite a nice little breakfast snack. 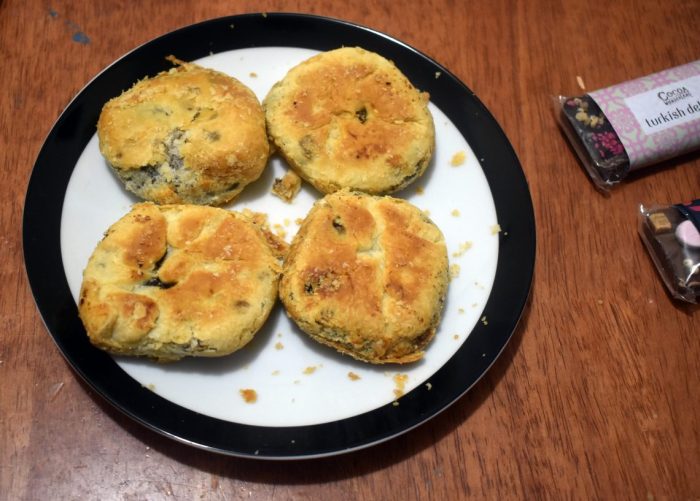 Speaking of breakfast, Sara also sent me some teas. Yorkshire and Chamomile. I’m not the biggest tea fan, so Rory tried them more. He finished his cup, and I…couldn’t. I tried the Chamomile, but tea to me still just tastes like hot water with leaves in it. Which it is pretty much, I just don’t like it. Team coffee for life. Sorry Sara! But Rory did like the teas!

Finally, there was a lovely selection of sweets. The mint cakes were solid mint which threw me a little. That level of mint is quite intense, so we’re slowly making our way through it. The two chocolates from Cocoa Wonderland were the cutest things ever. One was called Turkish Delight, and the other was Campfire. They were solid chocolate, with really yummy toppings. The Turkish Delight, had bits and pieces of said candy on them (Rory had that one). The Campfire one had bits of marshmallow and crumbly things on them (I ate all of that).

That’s all for these posts! Thank you again to Sarah and Sara for doing this fun little swap with me!! Be sure to check out both blogs, they’re lovely!

This has been my favourite collab for a while, partly cause it involves food!

I collabed with two lovely ladies and they both sent me UK snacks to try, and I sent them some kiwi snacks to munch on. In this post, I’ll be trying the huuuge selection of snacks that were sent to me by Sarah from Vintage Tea Rose. I’m sure many of you guys already know her. She blogs about a mixture of DIY, lifestyle, and beauty. I’m posting my side of the collab early as I wanted to get this up before we leave for Japan. So keep an eye out on Sarah’s blog, as she’ll be trying some kiwi snacks that I sent over!

If you can take 12 minutes out of your day to watch this, that would be really cool! If you just want to know what snacks were sent and my reactions, I’ll include a brief summary and timestamps, just for fun:

Seriously, thank you Sarah for going above and beyond and sending me so much amazing things to try!

Since filming this video, I’ve also received the other food swap package from another blogging friend! That will be up later in the day!