Today, Naomi is 8 months old! It’s crazy to think of how much she has grown in that time. I’ve seen lots of kids grow up from around 3-6 months till up to 5 and beyond thanks to my job, but this is the first time that I get to experience it as a mum. So I’m just going to go over highlights that I  can remember off the top of my head. There are many, so I will try not to do too many words. 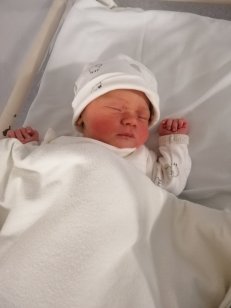 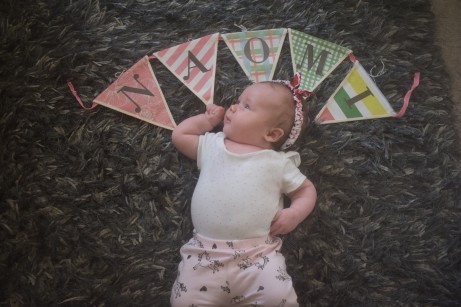 The first month was a wild ride of just being so tired all the time. We were learning how to look after a newborn, and Naomi was just trying to deal with being out in the bright, loud world. Things that do stick out to me though, are when she was finally able to make eye contact with me. She slowly started responding to our faces and voices, which was very exciting. 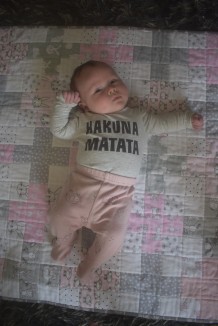 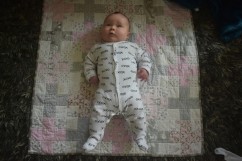 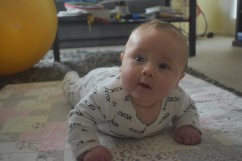 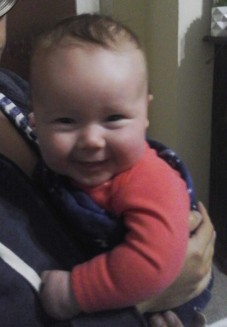 The next few months, she got longer and began outgrowing all her clothes. She also started making interesting noises, like grunts, honks, squeaks. This was the time that I began taking her out to playgroups so we were able to socialize a bit more. Being less stuck in the house definitely did lots of good for us. Naomi’s sight and hearing kept developing, she’d follow us move around the room, and watch a toy that we’d be waving in front of her. She also started to smile and giggle, which is the most beautiful sound ever. 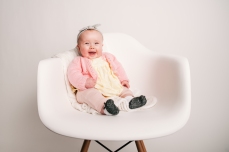 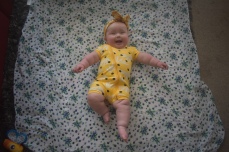 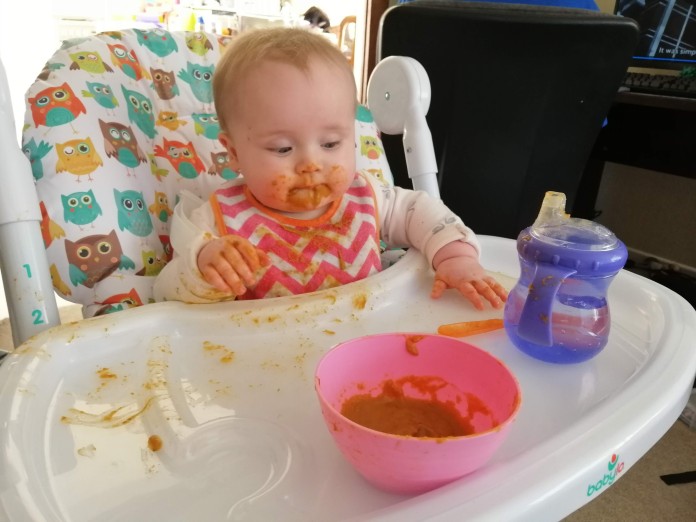 The next few months, Naomi just kept growing and learning. She can now grab everything. She takes a close look at it, twirling it in her hands, then immediately puts it in her mouth. When she turned 6 months, we introduced her to solids, and to say she loves it is an understatement. She will take the spoon off us and not give it back. If we’re not watchful enough, she will grab the bowl and try feed herself. At the same time as this, she started teething. Which is not fun. 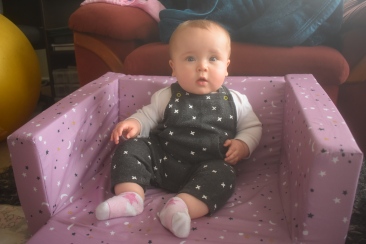 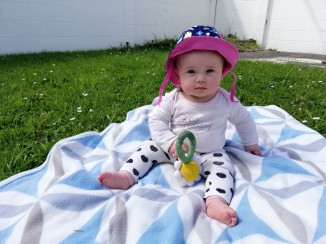 Now, Naomi is starting to move. Rolling over, scooching around, leaning over while sitting unsupported. At some point, she’ll work out crawling, and we really will need to start baby proofing things. She’s talking more and more, lots of new sounds and lots of big laughs and giggles. She reaches out for us when we pick her up which is adorable. She’s just becoming much more aware of her surroundings and learning she can do so much. It’s all very exciting.

That’s all for this update!

Angela Hi! I'm Angela. I'm 28, based down in New Zealand, and happily married to a wonderful guy. We have a beautiful little one year old girl whom I often talk about. Welcome to my blog where I blog a little about anything and everything.
Published November 21, 2019November 18, 2019