You guys will know by now that I am a huge fan of animation. I have watched countless Disney and Pixar films, and it’s always hard for me to narrow down favourites. However, The Incredibles is definitely up there. It combines both my love of animation and superhero!

This animation takes place in a world where superheros are a given. It’s not important how they got their powers, but they just have them and they save the world. After an incident, they’re forced into hiding and to lead ‘normal’ lives. We follow the adventures of the Incredibles family, where the parents were superheros, and now their kids have powers too. Just seriously watch the film! Its so funny and amazing!

Have you guys seen The Incredibles?

Day 11 – Your Favourite Movie From Your Childhood

Along with many other 90’s kids, I grew up with Disney. I watched a lot of them growing up. I was going back and forth between The Lion King and The Little Mermaid. I love all the other Disney films as well, but these two are the ones I clearly remember watching when I was little.

However, Ariel was for a while everything to me. The main reason, she was a mermaid (I loved going to the pools), and she could siiiiing. I remember singing along to the songs, particularly Part of your world. Eric was cool too, but he didn’t sing so pffft. He did have crazy blue eyes though (as does Ariel). Then of course, there was Sebastian. I love Sebastian, he ended up being the comic sidekick, and also he had some amazing songs of his own. Also as a grown up, I tend to side with him more. He’s a lot more practical while Ariel is definitely a dreamer.

Also, I was vaguely scared of Ursula as a kid, but now I love her. She’s so evil and fabulous. Her song is now my favourite song from the movie, and I sing along to it loud and proud.

Have you guys seen The Little Mermaid? What’s your favourite Disney movie?

What’s a movie from your childhood?

Also, I forgot to say yesterday, but also check out Hannah who’s doing this challenge too!! I don’t pay attention to directors too much, but as I’ve said, I’m a fan of the Cornetto trilogy, and all three were directed by Edgar Wright.

I then found out he directed lots of other films I like.

He has a very particular style in his films, lots of fast edits, music, and visual storytelling. It’s hard to explain, but if you know his movies then you’ll know what I’m talking about.

In fact, this video talks about it well.

Day 9 – A Movie You Practically Know the Whole Script To

So for this one, I was going to talk about a musical or animation, and since I did an animation yesterday, I chose a musical for today. I talked about this movie in Angela’s Favourite Musicals.  It’s originally done on stage (Which I’ve never seen), but I love the movie version. I know the whole album (and therefore the movie) pretty much off-by heart.

Basically, the film follows Cathy and Jamie and their love story over the span of five years. From meeting, to falling in love, to getting married, to their break up. What I love about this film is that it’s kind of in reverse order. The film opens with Cathy at the end of the relationship, heartbroken. Then it jumps to Jamie’s point of view when they first meet and they’re head over heels. The film continues in this way. It goes backwards with Cathy, but goes forward for Jamie, where they meet in the middle for a duet when they get married. It sounds confusing, but it works so well.

My favourite is definitely the last song (the only other duet), where Cathy has just met Jamie and is completely happy in love “Goodbye Until Tomorrow”, but Jamie is singing goodbye at the end of a 5 year relationship with her “I Could Never Rescue You”.

Have you guys heard of or seen this film?

What’s a movie that you know practically the whole script of?

Day 7 – A Movie that makes you Happy

A lot of movies make me happy, the first ones that came to mind where all animations, funnily enough. But Wall-E will always have a special place in my heart, cause it’s just so gosh darn cute!!

Wall-E is my favourite Pixar movie, it always leaves me with such a happy feeling, that I knew this had to be my pick for this prompt. For those who haven’t seen Wall-E, it’s set in 2805. Earth has been abandoned as there’s just too much trash everywhere. Everyone is now on a big cruise ship in space hanging out waiting for the “Waste Allocation Load Lifter – Earth” (Wall-E) class robots to clean up. It’s been 700 years since all  the humans went up to space and now Wall-e is the last robot left. He’s developed a curious personality about all things human, and he’s a little lonely. He meets EVE, a fancy new robot sent to find any plant life living on Earth. Wall-E ends up following her, and together  they wind up on an adventure across the galaxy.

Seriously, this movie is so cute!! A lot of the film has minimal dialogue, the characters without voices communicate through body language and robotic sounds.

Here’s a scene with my other favourite robot MO. He must clean all things.

Have you guys seen Wall-E?

What’s a movie that makes you happy?

While this film never had me laughing hysterically, it had me consistently grinning from start to finish. Which to me, is a mark of a great comedy. I am a fan of the Cornetto trilogy. Bonus points to those who know what that is. This one is by far my favourite though! Hot Fuzz is an amazing parody and satire of over the top action movies.

The premise is simple enough. Nicholas Angel (Simon Pegg) was too good a cop in London, that he gets sent to the sleepy village of Sandford. The change is hard for Nicholas to adapt to, and he gets frustrated with how laid back the rest of his new team is, along with his well-meaning, naive partner Danny (Nick Frost). However, as more ‘accidents’ start to rock the sleepy town, Angel begins to suspect that not everyone is as they seem in Sandford.

Seriously though, this movie is hilarious. It all escalates to an insane all out gun fight at the end, that is hysterical. I definitely recommend giving it a watch, even if you’re not into action, as this is the perfect parody of all those movies.

Have you guys seen Hot Fuzz?

Ooh, also I forgot to say, Hannah, over at Sassy Girl’s Journey has joined in on this challenge! Check out her post here!

This does delve into the superhero genre I love so much, but I consider this particular film, much more drama than traditional superhero. I also talked about this in my March Favourites.

Basically this is the last X-Men film chronologically speaking. It’s also the last one with Wolverine a.k.a. Logan, a.k.a. Hugh Jackman.  The film takes place in 2029, no new mutants have been born, and all the current ones are dying out. Logan now takes on odd jobs as a driver and looks after Charles (Professer X, played by the awesome Patrick Stewart) who is suffering from an unknown brain disease that causes him to lose control of his telepathic abilities. Then, they come across a young girl named Laura (Dafne Keen) who is very similar to Logan, claws and all. She’s being chased by some folks, and Logan and Charles end up taking her under their wing. That’s all I’ll say for now.

This movie was pretty visceral. It was R18 after all. There’s cursing, stabbing, fighting and decapitation. It’s also the best superhero film I’ve seen for a while. While yes there’s action, the bulk of the film’s greatness for me lies in the relationships. The one between Charles and Logan, and Logan and Laura in particular. It’s emotional, heartbreaking and uplifting, which you often don’t hear about too much in the superhero genre.

Have you guys seen Logan? 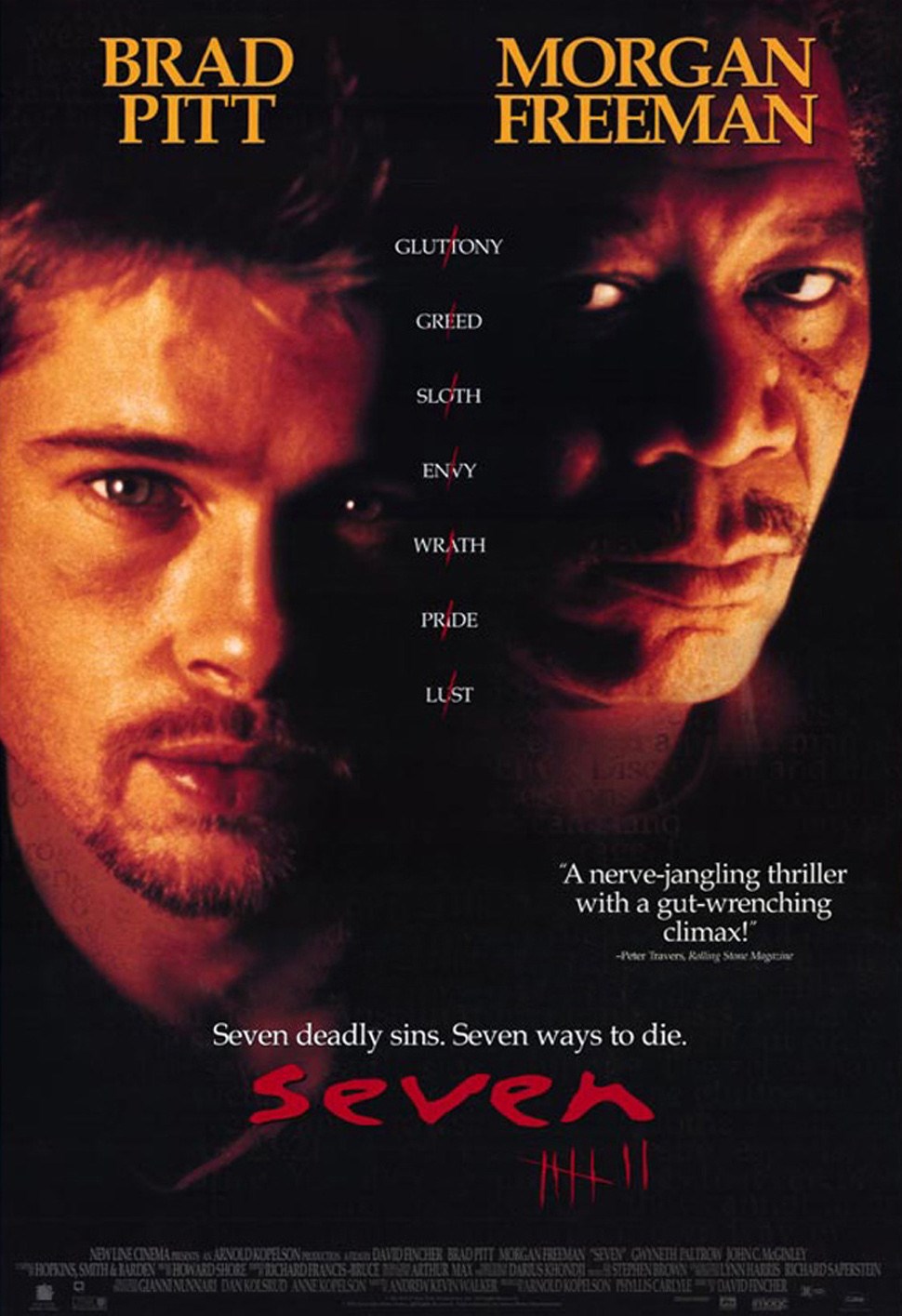 You guys may know that I love superhero films, they’re so much fun, and I love getting caught up in all the fight scenes and CGI going on! But, my choice for today’s prompt is not a superhero one!

I loooooove this movie. I hadn’t really heard much about it, it kind of went under most people’s radar, which is hilarious as this movie is amazing and there’s so many big names in it. The film’s story was adapted from a Japanese novel called “All You Need is Kill”. Basically, in 2015 aliens (called Mimics) arrived on Earth via a meteorite and start attacking. The film is set in 2020, where the Mimics have spread over most of Europe and are killing everyone in their way. Tom Cruise plays William Cage, he’s in public relations, convincing people to join the fight, but not having any combat experience himself.  His superior orders him to be there for a landing operation against the aliens, meant to turn the tide and end the war. He initially declines, but they send him off anyway. During the operations, Cage is killed, but wakes up the day before the battle. From here, he gets caught in a time loop, eventually teaming up with Rita Vrataski (Emily Blunt) to find a way to defeat the aliens. Rita is a seasoned soldier, very well-respected and feared, nicknamed the “Full Metal Bitch”.

That’s a lot to take in yes. When I first watched this movie, I didn’t even know the plotline. Rory mentioned he wanted to watch it, and I said sure why not. This movie was incredible. The plot, writing, storyline, dialogue, humour and acting made this film such a thrilling and action packed watch. I’ve since heard they’re doing a sequel, and I’m not so sure about that. But then again, I doubted the first one, and it blew my mind.

Have you guys seen Edge of Tomorrow?