This turned out to be more harder than I thought. I wanted to do ten like with my previous Christmas songs post. But I literally couldn’t do more than 6. Let me know what your favourite Christmas specials are in the comments!

My first one is from Community. A show about a study group full of misfits who have strange adventures. This is from their second season. It’s all in stop-motion which I adore. Without giving away too much, Abed (a character who is kinda self aware), has a breakdown of sorts and announces to everyone that the world is now in stop motion. Full of amazing animations, catchy tunes, and both bittersweet and heartfelt moments, this is my favourite Christmas special ever!

Another Community one. If you haven’t watched this show and you’re into hilarious sitcoms, definitely give it a go. The second and third seasons are both amazing. This episode is their Christmas special from the third season. Basically, it’s a parody of both Glee and Invasion of the Body Snatchers. The basis of the plot is, the study group accidentally causes the original Glee club members to have a collective meltdown, so one by one, they are recruited into the Glee club themselves through songs that pick at their character’s insecurities. Trust me, it’s incredible.

Now we have an actual Glee episode. This show is still a guilty pleasure of mine, as are a lot of the songs. Especially when it comes to the Christmas songs. Out of their Christmas episodes, this one is my favourite. Last Christmas and Baby It’s Cold Outside just sell it for me.

Friends – The One With The Routine

One of my favourite Friends moments in general is this routine. The Gellers are just adorable doofuses, and this dance routine is a perfect example of this. A close second favourite is also definitely The One With The Holiday Armadillo though.

Literally, the first ever Simpsons episode, and it’s so sweet. It’s our first introduction to the dysfunctional Simpsons family, and introduces the family to Santa’s Little Helper.

Ending it on a show that is another favourite of mine. Futurama! In their world, Santa is a robot who has become incredible picky on who makes it onto the nice list. Nobody does really, and he’s a bit murdery and psychotic. He’s also voiced by John Goodman. A great choice if you like a show with a bit of a twisted sense of humour.

What’s one of your favourite special Christmas episodes?

Hey guys! This is my first collab!

So I’ve mentioned that I watched this recently and I still love it. I’ve watched it a few more times since, and it’s becoming one of my favourite action movies! It’s just so crazy, sleek and packed full of action.

I have a thing for superhero movies as you guys know. We watched this again recently, as we started talking about sequels coming up (it’s actually how we wound up watching Kingsman as well).  Also, this is just a classic.

How I Met Your Mother

Lately as we’ve been wanting to have background noise while we cook dinner or just hang around. For this, we’ve gone to Netflix and often put on some classics. We’ve been rewatching from around Season 3 and are currently just starting season 6.

I’ve recently finished reading the book, and had heard lots of good things about the series. I binge watched it all over the weekend. I was hooked, I like that the series gives us more of a look into the other characters around June. It was really well made and I really recommend watching it.

So that’s my most recent favourite movies and television shows! Thanks again to Lil for asking me to do this collaboration post with her! It was a lot of fun, and I’d be down to do more collab posts in the future 😀

END_OF_DOCUMENT_TOKEN_TO_BE_REPLACED

Well look at that. We finally made it to Z 😀

Z is for iZombie.

I’m going to keep this post relatively short, as while I have loved this challenge, I’m also slightly burnt out from it. I’ve been posting these twice a week for 13 weeks!! That’s over three months! I’m very happy to have made it to the end, and will not take on something like this again 😀

Anyway, iZombie is a show I fell into by accident. I don’t remember how I found out about it, but I watch CW a lot in general since all the superhero shows are on there, and this sounded intriguing.

Here’s the premise. Liv is a medical resident who decides to go to a party which ends up getting attacked by zombies. Are you hooked already? Anyway, Liv ends gets scratched and ends up a zombie. However, she is still determined to pass as a regular human, despite her super pale appearance, and general apathy (being dead tends to make you lose interest in things). She ends up working at a coroner’s office where she can secretly snack on fresh human brains (she puts them in things like smoothies or sandwiches). This also means she takes on traits of the brains she snacks on (as well as memories), which allows her to pretend to be a psychic and help out a detective solve crimes (specifically murders).

This show is silly, fun, and reminds me a little of Buffy the Vampire Slayer. The perfect mix of horror, drama, and comedy. I really recommend checking it out!

Let’s end it on some random gifs!

Anyway, I’m keen to know if anyone else has watched this show? Or heard of it? 😀

I plan to post one more time next Tuesday to do a little wrap up and masterpost of this A-Z Challenge, cause I am super proud that I managed to get it done!

Alright, so this is gonna be interesting to see who watched this show, and who has no idea what I’m talking about. Also, second to last letter, we’ve almost made it through the whole alphabet!!

So this is one of the animes that I was absolutely obsessed with when I was younger. I watched this whole series as a kid, and got very invested in all the goings on of the show. I also love this:

It’s basically a meme now. Okay, how do I explain this show..

A shy high-school student named Yugi Moto receives the fragmented pieces of an Egyptian artifact, known as the Millennium Puzzle, from his grandfather. When Yugi reassembles the puzzle he is possessed by the 3,000-year-old spirit of an ancient pharaoh. Yugi and his friends Joey, Tea and Hondo protect the puzzle, which contains powerful secrets many people would like to possess.

That’s from it’s Wiki. It doesn’t even talk about the cards. Anyway, the gist is that everyone plays this game called Duel Monsters. You have a deck full of monsters, traps, spells and such and you fight against another player. You have a certain number of lifepoints, and when they reach zero, you’re ‘dead’ and you lose the match. They link this game to lots of ‘Shadow Realm’ things where the monsters and matches become a lot more real. Look, it’s complicated to explain, but its one of the most well-known animes, along with Pokemon and DragonBall Z.

END_OF_DOCUMENT_TOKEN_TO_BE_REPLACED

Thanks for sticking with me through the A-Z Challenge. We’re so close to the end!!

X is for X-Men: Evolution 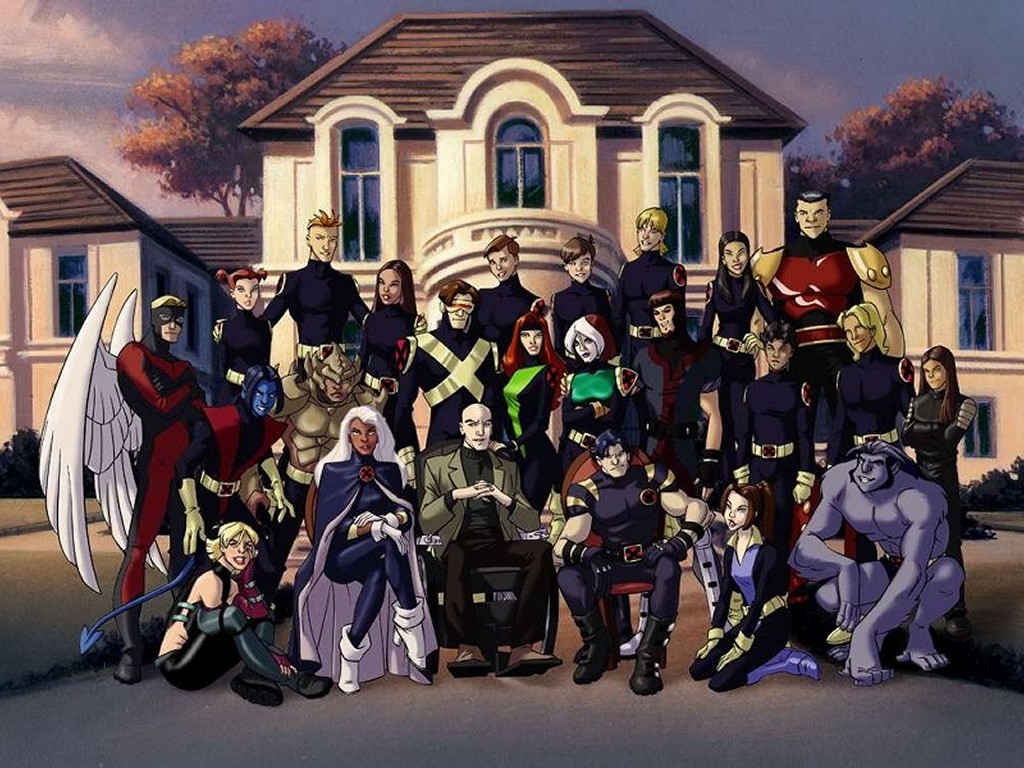 This is another show I remember loving and watching when I was younger. This series ran from 2000-2003, so for 9-12 year old me, this was my show. This caught my interest, because we saw the first X-Men movie in the theatres, not long before this first came on television. I have pretty much always been into superhero things it seems.

END_OF_DOCUMENT_TOKEN_TO_BE_REPLACED 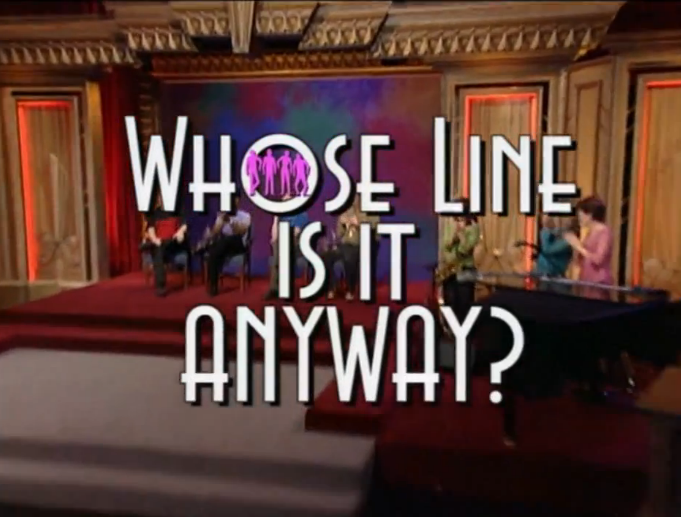 END_OF_DOCUMENT_TOKEN_TO_BE_REPLACED

We’ve made it to V on the A-Z Challenge! Two more weeks left 🙂

V is for Buffy the Vampire Slayer

Buffy is often credited as one of the greatest shows of our time. It is a blast to watch, the writing and acting is amazing, and was also the one who started the trend of having a musical episode (Once More With Feeling), amongst other stand alone amazing episdoes (Hush, Zeppo, The Body…) It’s just such a fun show, and I get sucked in. It’s reached cult status since first coming out in 1997, and has produced lots of spin-offs, merchandise, and is often studied and parodied in popular culture.

Also, it has a fun opening theme.

END_OF_DOCUMENT_TOKEN_TO_BE_REPLACED

We’ve made it to U! Can you believe we’re up to the 21st letter now?

U is for Ugly Betty.

Ugly Betty is a show I remember watching back in the mid 2000s. It wasn’t spectacular, but it was entertaining. It’s also the only show I could think of for this letter, there is surprisingly not much shows that start with U. 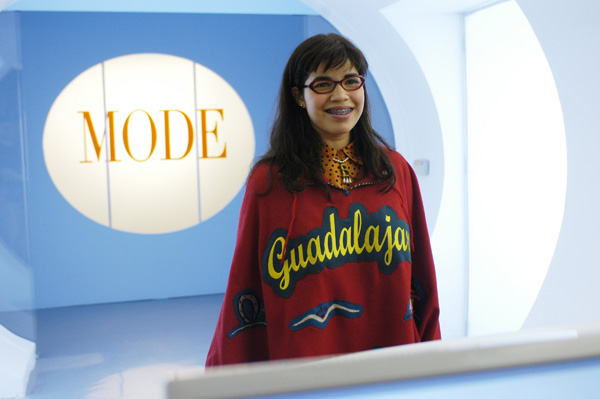